The banality of Christopher Chope

Christopher Chope MP has promoted over 40 private member bills He has opposed gay marriage equaliry; supported hunting, suggested that a new bank holuday be established to celebrate Brexit day and opposed legislation that would support animal rights. He is an old bigot of the blue kipper tendency. He epitomizes the true fruit of Brexit. He has no idea what upskirting was and clearly has no awareness of what modern technology is.. I wonder if he has ever used social media....and above all I wonder if he haa any idea about its possibilities .He has also tried to introduce a bill to charge used of the NHS at the point of use..do you get who he is and what he thinks?

The dinosaurs of the Conservative right hold Theresa May prisoner. It is men...old men like him who with the DUP prop up this obscene government. The old whitemen; the old bigots unleased upon us by this obscene government that fights a social war against tolerance and equality. These are the seeds that have blossomed in the last two years..he is not interested in learning anything new or supporting those abused by others. This is the true representative of the flowers of Brexit ...this is an inward looking old fart unable to move away from his own limited awareness. Behold the man...this is what getting your country back means my fine bluekippers.. we are here on Brexit Island ruled by the Chope's of banality and ignorance 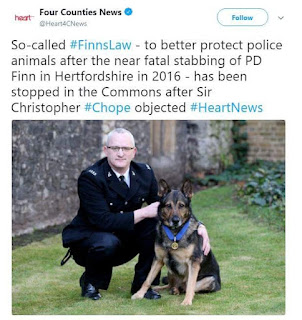 I have been warning over the last few days about the unintended consequences of the Referendum Campaign. The demons are out, Pandora's box is open and I am still looking for Hope. The Brexiteers are the Pandora of these events however unintended that might be. However we know that responsibility for these events is a varied and nuanced .The Far Right know clearly what they are doing and there is an rancid smell in my nostrils. The culture wars have begun.
Many questions abound: is thinking to be understood as a psychological process or, indeed, something that can be properly described, or is thinking in one sense sense always an exercise of judgement of some kind, and so implicated in a normative practice. If the "I" who thinks is part of a "we" and if the "I" who thinks is committed to sustaining that "we", how do we understand the relation between "I" and "we" and what specific implications does thinking imply for the norms that govern politics and, especially, those we see as the other”

“Something close to a chilling culture war is breaking out in Britain, a divide deeper than I have ever known, as I listen to the anger aroused by this referendum campaign. The air is corrosive, it has been rendered so. One can register shock at what has happened, but not complete surprise.
"Polly Toynbee”

I have seen the implications of what has been happening. The murder of Jo Co two years ago x is on the intersection between those who have started that culture war and that of mental illness it is a murder caused by the discourse , those who feed the discourse . Orlando, Birstall, those who claim guns are too restricted proclaiming homophobia, misogyny it is all there, the relentless unthinking racism fed by others. Hannah Arendt talked of the banality of evil, that evil is fed by the racist joke, the put down, the cry “ I want my country back”, those who say I am not a racist but....... the tweets we have seen. The glibness the projections, the hatred out there. You can see it all over social media. I was talking to someone this morning , they said that after this event and next Thursday that things will never be the same again.

I often think that individuals are often caught between the jaws of ideas. Two confronting discourses battle it out. In that battle we are forced to decide which side we are on. Both Hegel and marx talked about it..the question is what do we do now.?
Posted by Any Human Heart at 12:32