Take down the Union Jack it clashes with the sunset...... 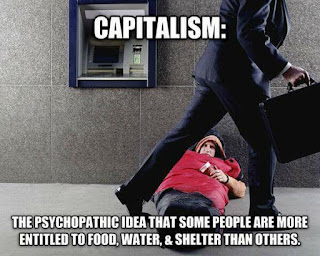 The more I see them the more inane becomes the approach and outlook of the political right . The truth is that we have a clear divide between the outlook of those wishing for a whole society and those who simply say "I am looking after my own interests " . How do we characterize thisindividualism? In two out of three cases those applying these words are over 55, male, have poorer education and have traveled least. Animals will be here to be used, the earth exploited and we are masters of the world not stewards.... .
They have read little and believe in something called "l common sense"that is nothing more than a statistical average. They tend to lack compassion and are not interested in paradox, irony and speculation. They are very likely not to know as a friend anybody from another culture, sexuality or be transgendered. They do not get that individualism is just a myth,. They do not get interdependence and they are likely to see the model of a prime-minister as being someone who dresses, behaves and talks like the last half a dozen. Their knowledge of history will be based on monarchs, great men and of the glories of the British Empire. They won't know that the political economy of a nation is different from the finances of a group or family. They will tend to believe that you can't be good unless you believe in one God.


https://www.standard.co.uk/news/uk/royal-wedding-2018-homeless-refuge-bus-seized-by-police-in-windsor-ahead-of-prince-harry-and-meghan-a3842336.html?utm_campaign=Echobox&utm_medium=Social&utm_source=Facebook#link_time=1526627058
They will think that the Queen does a great job and that education is about getting a career and not about being critical. Their imagination will be more limited, they will think that conservatism or kipperism shows they are more intelligent, realistic or practical than the lefties. They will at some level feel masculine values are superior. . They will think that realism is about being selfish and they won't know the difference between Marxism and the Soviet Union yet they will see Christianity , Christ and their particular church as the same thing.. They won't speak another language, or be optimistic and they won't reflect on their flaws. They will see group behavior on the part of those they disapprove of as group think and will not be aware of the group outlook that

they belong to. They may call themselves Libertarians and then say ' "well it's my view I have a right to believe it but that's cos it my view and i have a right to that." They won't recognize the metaphors, social facts and discourses that come from elsewhere. It's sad but that's how the right has been in two out of three cases. Yes there are Conservative Philosophers like Burke, Scrution and others but there will always be thinkers , creators, scientists and philosophers who are not. There is a simple reason and that is because all change, criticism and shattering of the status quo is rarely conservative or right wing .it's that​ straight forward. 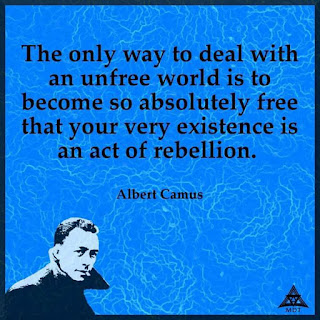 Yes there will be those who don't fit all of my prejudices and perceptions and observations from the above. I know a few who will vote Conservative or UJIP that it does not describe but it will be a precious few....I am over 55 and male yet as I age I become more critical and radical as I age..and I ask the question what age and awareness were two out of three leavers?.. than those who voted to remain and have simplistically be labeled remoaners ? I do wonder ..


Take down the Union Jack, it clashes with the sunset
And put it in the attic with the emperors old clothes
When did it fall apart? Sometime in the 80s
When the Great and the Good gave way to the greedy and the mean
Britain isn’t cool you know, its really not that great
It's not a proper country, it doesn’t even have a patron saint
It's just an economic union that’s passed its sell-by date