Kafka or Brecht ? Journeys in Oran via Port Talbot 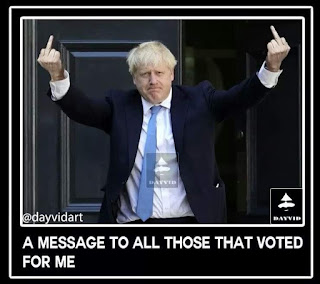 A British Virus for British workers and other tales of Port Talbot debate and argue... the system is cracking. It's hard enough as it stands for the working poor in normal times let alone now. Universal credit is not fit for purpose and the food banks are drying up and closing. Over the last ten years we have axed warehouse and storage facilities. 'Herd immunity" should come from vaccination rather than mass infection. Yet the Brexit mentality runs on. On the well known centre of humanity and compassion Port Talbot Arsehole and Dispair Facebook group those of us who point out the reality and weaknesso f our system are put under special measures where "politics" cannot be mentioned..'Politics" of course means pointing out that the price mechanism cannot fairly distribute vital resources, that austerity has destroyed our resistance, reduced our numbers of respirators and hospital beds and the ratio of doctors to people. There is no shortage of food yet the system us in crisis. Yet we cannot publish these facts without it being checked.

I have seen a panic buying of Pasta and Rice and people on this wonderful group are still celebrating the wonders of British Independence day. I even saw them raving against the £37 billion spent by the terrible EU in its battle against the virus. It's there money the gammon raves yet it will not protect them against the virus . A well known far right activist and his wife from the football fraternity has become an admin of a local Swansea Coved 19 group. It sends a wonderful message of hope to ethnic groups throughout Swansea. But hey naughty Martyn don't mention it at all... it's politics not truth.
We are underfunded in pharmacies and care homes and it was the patriots who voted for it. There is no NHS deliveries of medicine...the Tories left it to the market and the market has let them down. The market never could solve it and those moaning the most about the criticism has brought it on them selves. But hey I should be kind to them and not pointit it out. ..
I should listen to Boris and be quiet accept my lot and know my place. Well all I have to say is f**k you I will not go into the selfish gammon fueled darkness.
The bus is much quieter today. After today all therapy will be done online, by Skype, by Zoom and on the phone or at my small practice in Ystradgynlais. I shall still take the risk and represent clients at Benefit Tribunals if they run.

Real suffering is about to happen, social isolation will create real suffering and real poverty. Yet you can't say that on Port Talbot Debate and Argue it's "politics" and we should all hide behind the mytg of patriotism and Brexit. Of course the words I say simply come from a lefty; a remoaner and so its fake news. We can't point out that's it's obscene that the NHS must pay £2.5 million a day to rent private beds from private hospitals.. it's obscene that statuary sick pay here us half of what it is in Europe. We need mortgage holidays and rent holidays but hey Martyn shut up don't mention politics . We are British and it's a British Virus for British people ..but don't mention politics you lefty just shut up.. is it Kafka or Brecht? You will have to decide. But don't mention politics..


On 'Herd Immunity" and waking up to the true conspiracy theory. . How on earth can the vulnerable be protected by an economic system that denies and exploits them? How can a philisophy based on the normative individualistic narcissism of the Tory Party use the collective to protect us from the Pandemic stalking the world.? As we stand on the beach dancing to the myth and fiction of 'self :as the wave rushes towards us. We are the "herd" waiting for group immunity at the direction of the 1%And as the private planes allow our masters to escape.and as the conspiracy theories grow and mutate we find the one great true conspiracy theory that is based on power and wealth is obscured. The perspective now is coll

ective and communitarian and it dawn's upon us down amongst the herd that we have been fooled..
The pandemic is carried in and on the clothes and the breath of those of the international bankers and oligarchs. It did not come from the refugees from climate and wars sold by the elite. Those labelled as unskilled in the caring professions are the true front line warriors against the virus. and so its now time for collective solutions. Those who promoted austerity as reality destroyed the readiness of the NHS to resist ad powerfully as Stalin's purges damaged the Red Army and it's resistance to the Nazis. The purges run on now as the defences of the market are promoted over people. It's time to take the private hospitals and private medicine into the NHS and share the privilege of wealth and power with all. It was socialism that gave us the NHS and it was late capitalism that gave us climate change the solutions to both pandemic and inequality are the same. We stand on the edge of socialism or Barbarism. The normative demands of the narcissists hung in desire and projection cannot save us now. I hear the chief medical officer use the word "Herd immunity" and I wonder about the discourse and images of "Herd Slaughter" come to mind. The gates of the slaughter house lead us to the high altar to be sacrificed by the high priests of capitalism . The "herd" needs socialism not slaughter....it' needs immunity not isolation it needs inclusion and equality not exclusion and elitism. The discourse of the 'herd" impies slaughter and alienation. The only solution for us all waiting on the beach is collectivist and socialist....i stand on tbe beach as tbe waves rushes toaards us and the flocks of black swans swerp by good morning.... who will resist, collaborate or deny as reality dawns upon us all? We don't need no education ....we are waking up..

Posted by Any Human Heart at 14:00 No comments: 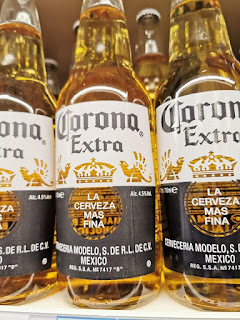 These are strange times. I feel a sense of unreality there is a disjunct between what I hear on the media and the daily experience of my life I will see clients as long as possible and if necessary move on to zoom, what's app, or Skype.. the blog will be written the tweets sent and so on.. .these are post modern times ..I see parody, pastiche and ignorance. ..as the Tory Party reaches 50% in the polls I feel that something very odd is about to happen...

20 hrs ·
Coronavirus has revealed painful political truths in a way that nothing in our lifetimes has done before.
We were told that care workers were ‘unskilled’, that we didn’t need them in the way we need bankers or doctors.

Now we see that they are one of our most important lines of defence in a global health crisis.
We were told we could divide our country from other countries and thrive in splendid isolation.
Now we discover that we are intrinsically connected to our neighbours, and that if a vaccination is developed we will need the cooperation of other countries to access it as quickly as possible.
We were told that a zero hours, gig-based economy where workers must continue to be productive even if they are ill would be to the benefit of all of us.
Now we see that putting work before health costs lives.
We were told that refugees and migrants would bring disease into our country.
Now we discover that wealthy travellers are much more mobile, and therefore much more likely to fuel epidemics.
We were told that our National Health Service could be whittled away and dismantled in the name of money.
Now we discover that without the NHS, we will have no money.
Nothing reveals truth as powerfully as vulnerability.
Whereas the right likes to think that we can build elaborate ivory towers and separate ourselves from others, the left has now been proven correct in its belief that - whether we like it or not - our fate is always bound up in the fate of other people, even if they live on the other side of the world.
Human beings are not separate from each other, we ARE each other.
Human beings are not separate from the economy, we ARE the economy.
A robust public health service is not a luxury that we pay for if we can, it is the very foundation of wealth and security.
Unfortunately, these lessons may have come too late to save us.
Posted by Any Human Heart at 12:53 No comments: