Fourty years ago today, Dynevor Comprehensive , the Hanbury and time for Sicily 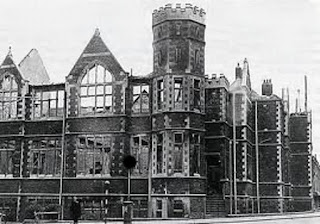 Fourty years ago I stood outside Dynevor Comprehensive School. I was waiting for A level results. I was nervous I had not worked that hard. I walked in and the School Secretary said “Do you want the good news or the bad news?” I said bad. She replied you got unclassified in CSE stage 1 typing........ut you got ABC in your A levels. Its only know looking back that the reason I failed typing was that then my mild dyspraxia and dyslexia was undiscovered.

It was a different world James Callaghan was Prime Minister. There were full grants and your fees were paid. The Grocers daughter from Grantahm was lurking at the edge of power. 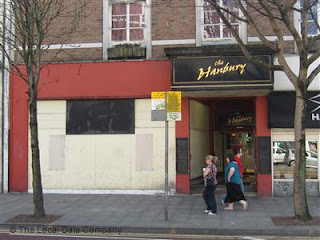 A few minutes later my friends turned up and we hung about outside the School gates in Pell Street In those days there was a tobaconist in the Kingsway and we all bought cigars. The Headmaster turned up and glared at us. We smoked on...He did like the Upper Sixth that year we had organised a Prefects stike over better representation of school students. There was nothing he could do as we had launched the strike after the UCCA forms had gone off to the Universities. We were good activists... and we retired to the Hanbury and stayed there all day anyway must finally leave for Sicily...see you all in September.....

Posted by Any Human Heart at 12:02 No comments:

I was pleased to see this comment on Peter Black`s blog. He perhaps in losing his seat discovered his heart and soul again. perhaps all of us at middle age have to undergo a period of learning what is important and what is essential. The loss of peters seat in the Welsh Assembly was directly brought about the political decisions the Liberal Democrats took. They brought in austerity, cut backs in welfare, a commitment to nuclear power and al of these things overshadowed and help destroy them. The Lib Dems are on the way to the tomb. Perhaps they will be submerged in a new SDP who knows?

I do know though that those middle aged crises that middle class men go through do bring you back to what is important. I learnt that with all my stupidity and mistakes. Perhaps that is what Simon Danczuk is learning now about that time of life..sitting in a cell brings you in touch with who you really are. I print Peters article in detail. poor Robert Francis has been having a rough time on several Facebook pages promoting this and I salute Peter Black for writing these things. perhaps I see in him a spark of the left winger that led him to sit during the national anthem at graduation..there is hope for us all as Oscar Wilde said "Every saint has a past every sinner a future" As for me Sicily beckons. See you all soon 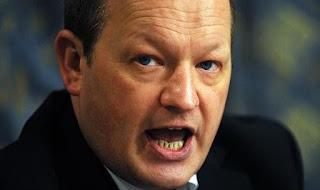 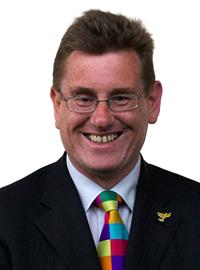 The racist legacy of the Brexit campaign

The Independent reports on the views of a church minister who grew up behind the Berlin Wall and who fears being seen as an intruder in Scotland following the Brexit vote.

The Rev Aniko Schutz Bradwell, who leads the Humbie with Yester, Bolton and Saltoun congregations in East Lothian, said the rhetoric of politicians in the Brexit campaign seems to have "made it legitimate to use racist language". She says she is more nervous speaking German in public since the vote.

The Reverend Bradwell is not alone in her anxiety nor is it ill-founded. Back in June the Independent reported that more than a hundred incidents of racial abuse and hate crime have been reported since the UK voted to leave the European Union. Many of the alleged perpetrators cited the decision to leave the EU explicitly.

The Institute of Race Relations details some, but not all incidents on its website. They highlight a new report compiled by activists from three social media platforms and published by #PostRefRacism which analyses 645 racist and xenophobic incidents reported to them following the referendum vote.

They say that cases reported to social media platforms were largely verbal abuse, though incidents involving physical violence or threats of violence accounted for 14 per cent of cases, within this:
Abuse aimed at people with non-European BAME backgrounds made up the majority of reported incidents – nearly a third of the total – with ‘South Asians’ reporting the most incidents (16 per cent). Around a fifth of the abuse aimed at this group was also Islamophobic.
The second most affected group, with 21 per cent of victims, was the combined Eastern Europeans and Western/Southern Europeans. The largest nationality most often specifically recorded within this group was Polish, making up 40 per cent of all ‘European’ victims.
In 51 per cent of incidents, perpetrators referred specifically to the referendum in their abuse. These most commonly involved the phrases ‘Go Home’, ‘Leave’ ‘f**k off’, followed up by statements such as ‘we voted you out’, ‘we’re out of the EU now, we can get rid of “your lot”‘, ‘when are you going home’, ‘shouldn’t you be packing your bags’.
None of this is accidental of course. As Miqdaad Versi says in the Guardian:

The EU referendum result has perhaps emboldened racists by leading them to believe that the majority agree with their views on immigration and legitimising such public expressions of hatred. For this, the political elite must take responsibility, after stoking a divisive referendum campaign that demonised immigrants by spreading fictitious scare stories, all the while pandering to the lowest common denominator.

Despite Boris Johnson once saying he was pro-immigration, his campaign focused its message on immigration, creating unrealistic and unachievable expectations of what migration figures could be. Not only did it falsely claim that Turkey was about to join the EU but it also claimed that Turks were in some way a threat to our national security, highlighting its proximity to Iraq and Syria on a poster. There are no two ways about it: such messages must either be the work of duplicitous demagogues or incompetent and irresponsible migration scaremongers.

Let’s not forget Nigel Farage’s risible anti-migrant “breaking point” poster, which was even reported to the police for allegedly inciting racial hatred. As Sayeeda Warsi told the BBC, “This kind of nudge-nudge, wink-wink xenophobic racist campaign may be politically savvy or useful in the short term but it causes long-term damage to communities” – a prediction that is unfortunately being proved correct.

This xenophobia was reinforced by national newspapers, who throughout the first six months of 2016 carried dozens of anti-immigration stories.


Leaving the European Union is going to be traumatic but we will find a way through. The damage to our society of the legitimisation of racism will take much longer to heal.
Posted by Any Human Heart at 10:47 No comments:

This really is the last posting before Sicily. Was pleased to find that yesterday the blog had 2,500 visits and that the total views were now at over 54,500. While I am away you might want to look up a new kid on the block . This new blog is called

http://rodolfowalshglasses.blogspot.co.uk/2016/08/corbynistas-waving-blairites-drowning.html. Its time to pack. See you all in September 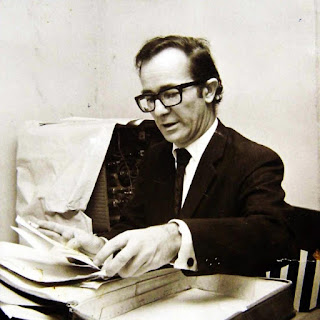 Posted by Any Human Heart at 10:36 No comments: 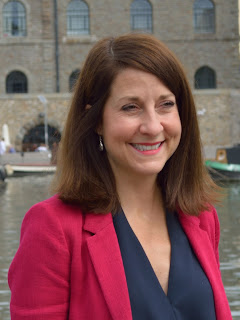 Written August 2915
I have just come back from shopping . I am watching the news and have seen the Liz Kendall interview again. She looks unsettled, anxious and uncomprehendingly unaware of her dinosaur status. She is rude, keeps interrupting the interviewer and is waiting for the Messiah St Gordon to anoint someone to slay the anti Christ Jeremy Corbyn.While we were having breakfast Hayley said that she had noticed that thediscourse had changed that even interviewers on tbe BBC were challenging the market orthodoxy..What I have noticed is that the Blairite tendency can no longer even say what the basis of their loyalty to the Labour party is other than that they have always belonged to it. I cannot see any reason why people like Liz Kendall do not join the Liberal Democrats, they are just as insipid. I dont think they will because they know that if they did they would not get elected.I think it is correct that the discourse has changed, the collapse of Labour in Scotland, the futility of austerity lite policies, the rise of the Greens, the Corbyn phenomena, social media, 38 degrees, another angry voice , the transition movement and many other currents are converging. Molly Scott Cato has speculated about Green Red cooperation as I do here.However in Neath and Port Talbot I see little change occurring. The Labour Party with a few honourable exceptions has centralist , monolithic and reactionary tendencies. It has a monopoly on Neath Town Council where nearly half of its members are Borough councillors as well. Our new Labour MP for Neath missed the vote in Parliament on Welfare cuts and Stephen 'Trident' Kinnock abstained, in the Castle Ward by election occurring in Neath on September 10 the Labour party have selected a candidate who is already a Borough Councillor for Neath North, has a full time job and is now expected to represent a Town Council Ward in addition. The Welsh Labour Party will take years to reform and will resist all attempts to be, popular, radical, de-centralist, socialist and of the people. Short of mass walk out or expulsion Welsh Labour remains a party of power and dominance.....its roots have withered on the vine. The future in Wales for radicals remains within, the grasp of the Welsh Greens, the Ecosocialists in Plaid, the fledgling Cobynites and the community activists. Another World is possible.

Before I take my break here are the statistics for the blog. Thank you all for reading. Will be seeing you all in September.