Of Racist Independents for Tonna and of Mark Reckless

Nick Williams should all be put to the wall and shot........ 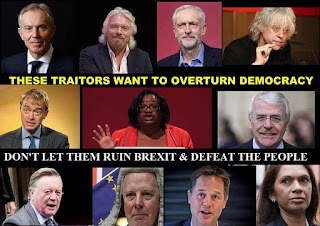 I run through a list of candidates for Neath Port Talbot Council. In Tonna we have an Independent , one Nick Williams . He has on his time line showing a picture of prominent Remainers below it he has written * these should be put up against a wall and shot" He in addition has a picture of small piglets in Santa hats under the comment Happy Christmas Muslums" on yet another postings he urges people to sign a petition to stop Sadiq Khan from becoming Mayor of London . 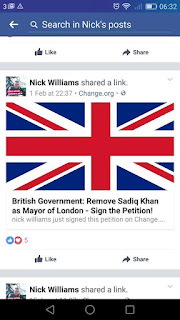 All the pictures like this come from racist groups which is strangely odd as on Neath Voice for Everybody he apologises just in case anybody sees him as a racist. . This is what he says...."Right today has been the day from hell, I have been ACCUSED of being RACIST which I deny, I am an ex squaddie and shared some post that some people will, have and do find offensive for this I APOLOGISE I have many muslim friends, some of which I even served with, I am guilty of the click and share syndrome which from time to time happens to us"..He is an independent yet to all intents and purposes he clearly reveals his racist identity. In his apology he claims that these posts were put there by others yet from my reading it seems that the lovely Nick shared them himself. I think the people of Neath and Tonna should know the true outlook of this "independent' candidate.He is also a former soldier in the French Foreign Legion a veritable beau geste no less. I wonder if Councillor Steven Karl Hunt whose grouping Nick belongs to , would like to comment on Nick's claim that white people are the only group that it is illegal to discriminate against? 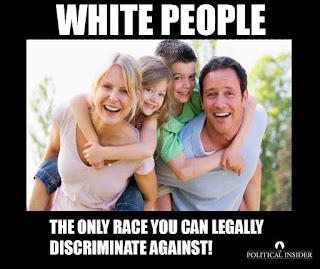 I become so certain that the political term independent is shorthand for reactionaries as I glance through the list of independent candidates in Neath Port Talbot and Swansea i see over and over right wing individuals, Brexit oriented and lovers of the free market. A devils cabal of nutters, fruitcakes and loathers of progressives, socialists and ecologists. It makes me sick this claim of these so called independents ...It's a a lie of description, purpose and motive....Adlai Stevenson once said that the independent is the guy who I wants to get the politics out of politics. I say that the independent is the candidate who wants to sneak through and hide his right wing prejudicial politics hidden and unseen. . Please don't get fooled again. I am back..

So Mark Reckless returns to a Tory group. Carawell has already begun re,-entry. Neil Hamilton is an ex Tory MP, Caroline Jones is an ex Tory, Spanker Smart has already returned and you can easily find pictures of Darren Nicols , UKIPs local communication director fawning over Tory agendas and Ministers. UKIP is a Trojan Horse virus a spell to lead voters into unknowingly supporting Tory policy and aims. If you look at council nominations for Swansea you see UKIPs ding candidates in working class Labour held seats in an attempt to disguise the reality of their aim. They simply want to hypnotised through blaming the immigrant ordinary people into supporting a right wing agenda..I have told you this over and over and over again....And now you can see it as the Tories return home....When will you ever learn? Look at these Swansea wards where they stand Llansamlet, Townhill. Morriston, Landore and StThomas ...And there is no challenge in Tory wards....Stupid is as stupid does ...They are out to fool you..