I was sent this information by some old friends who live in Italy. I have no idea on its validiity  but I think its very interesting. I respect scholarship and evidence. I leave the rest to you. With thanks to Renaldo and Clara Balsamo of Venice for thinking of us in Brexit island.

Vatican in Wales EU Bombshell
A report published recently on the history website site Medieval.org. suggests supporters of Brexit in Wales may have started celebrating too soon. The article draws attention to an ancient and obscure text which might mean Wales can remain in the EU even if British prime minister Theresa May triggers article 50 at the end of the month. 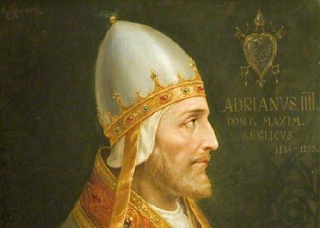 Dr. Miriam Goldstein author of 'The Unknown Scrolls' and senior researcher at Medieval.org. writes "A Papal decree 'Sicut Cambria' (Thus to Wales) which was issued in 1135 by Adrian IV the only british bishop to ever occupy the papal throne not only recognised Welsh independence under the rule of Owain Gwynedd - considered by historians to be the first Prince of Wales - but also links Wales and the Vatican 10 centuries later”.
“This is because the Treaty of Rome signed in the Italian capital's Palazzo dei Conservatori 50 years ago this week, and which created the EU, included in a subsection of its founding articles - at the insistence of the Italian government - the Acta Apostolicae Sedisin. A document which comprises the entire body of vatican law and papal decrees and among which was Sicut Cambria”. 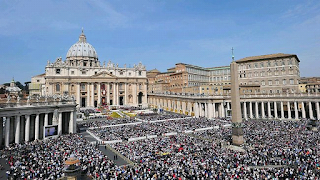 “Many of these Vatican statutes however were soon removed from the treaty by a special work group created by EU commissioners, as many of them referred to ancient european states and provinces no longer in existence or conflicted with member states laws. But it appears that 'sicut cambria' was not among those to be removed from the Treaty of Rome's subsection and it remains in force to this day".
Vatican texts Historian Professor Sheldon Lloyd-Williams who has spent the last 12 years working at the Vatican library told Medieval.org."Sicut Cambria is definitely an authentic document. It's got the Papal Seal and the inks and parchments used correspond to those that were in use in Europe in the 12 century. And it means that unless both the Vatican and the people of Wales through their elected government - which would be the Senedd these days i guess - annul the decree Wales would remain in the EU even after the British government has completed the process of brexit”. 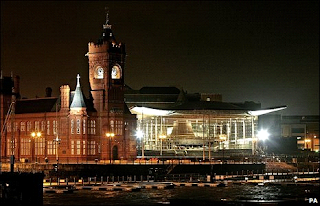 “Yes it could be revoked. The Welsh government could indicate it wanted to do so or there could be a referendum held in Wales to revoke it by a vote of the people but there is no certainty Pope Francis would do so as it would be almost unprecedented for a Pope to revoke a decree issued by one of his predecessors".
The Vatican office and the Welsh Government were unavailable for comment. 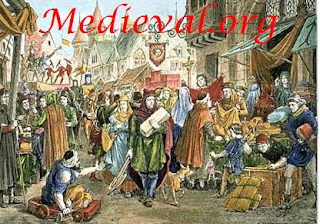