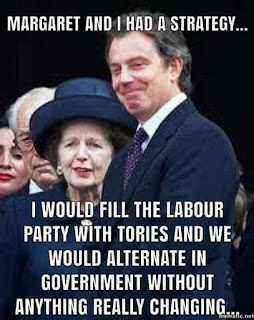 As Jess Phillips becomes a being of straw with no philiosophy other than a dislike of Corbyn.and as the Labour party candidates for leader drops to four it becomes increasingly clear as to just who stands where and just what they truly believe. Keir Starmer is vague, he cannot be pinned down on nationalisation, Labour Party democracy and reveals merely an oppurtunistic jargon of the left. Around him are many full timers working for centrist Labour politicians who have an interest in preserving their employers and patrons position. They simply neither have the emotion, philosophy or belief that the Parliamenatary Labour Party should reflect the membership of the Labour party I know so many of his supporters so well, have experienced their approaches and comments so many times. I know in the end where they will propel Keir Starmer and to the policies he will endorse. These are the policies that nearly fourty years ago began the long decline of centralist Labour in the post industrial constituencies of the North and Midlands. Their policies played with restructuring income and left wealth in it place unchallenged. They fought wars, flirted with billionaires and were the midwives of the right wing populists and the undertaker of ideology

Corbyn has made the Labour Party a mass party . He has brought the young back into politics and attracted thousands like myself into a socialist Labour Party. I watch the focus groups argue for a centrist labourism that does nothing to change the system and that simply keeps themselves in their place. The role of a Socialist is to educate and empower, to inform and campaign, to challenge racism, sexism and social conservatism. We seek as socialists to change society not to accept the status quo. To do this we must democratize the Labour Party and make it in the image of its members . Ask yourself if Keir Starmer will do this? The answer is obvious. 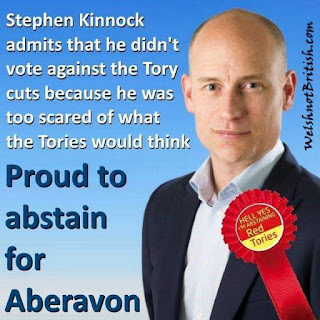 Last night Rebecca Long-Bailry commited herself to support Open selection. Every MP, every Councillor should face re selection for every election. To do otherwise is to support a system based on privilege, entitlement and assumption. The Conservative Party is a conspiracy aimed at power, an organised hypocrisy and there are still too many right wing and centrist Labour politicians infected by the Tory Party virus. When it came down to it Jess Phillips could provide nothing of substance . Her philisophy to quote my late grandmother is a "cup of pee and pepper" . In the end Jess Phillips just loathed Corbyn and unconsciously implied a blue Labour knowing your place for a patriotic working class. In the end she was shown to be Jo Swinson with a Brummie accent. Only Rebecca Long-Bailey will complete the socialist and democratic transformation of the Labour Party. Only RLB of the Leadership candidates voted against Welfare reforms. Jess Phillips, Lisa Nandy, Emily Thornbury and Keir Starmer meekly abstained for their constituents just like the lovely Stephen Kinnock in 2015 and so there can be no other choice. It's RLB for me. Corbyn broke the Thatcherite consensus his gift must be preserved and power must be challenged...Ask yourself who will do that?
Posted by Any Human Heart at 13:04