Populism, McEvoy and the Senedd Election of 2021 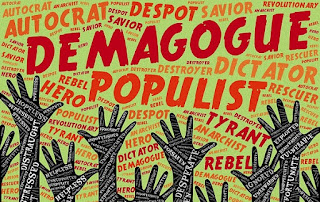 The runes for the Senedd election in Wales 2021..The count down begins. With the general election over already speculation and preparations begin for the Welsh Senedd elections of 2021. With a hard right Tory government in Westminister, a fracturing and near breaking of the Union it becomes clear that 2021 will become a crucial election for the Left in Wales. Dispute Tory gains on December 12th wakes remains a progressive left wing society and nation.

The Sensed election of May 2021 will likely result in a majority Labour administration or some sort of political arrangement between Plaid and Labour. The Lib Dems are dead in Wales and with a Tory majority in Westminister and with the hostility of the Blue kippers to the nations of Wales and Scotland no other combination of parties becomes possible. Despite the claim a of Adam Price to be prepared to work with anybody it now becomes impossible for Plaid to work out or sell a Tory Plaid arrangement.
The speculation for 2021 us most fascinating when it comes to the hard right. The remnants of UKIP, the Brexit Party, the Neil McEvoy fan club and the Indigeanous Welsh home grown alt right party Gwlad, Gwlad all form part of about 10% of the electorate who may cooperate, recombine and reform or come to an understanding with one another My Dire Wolves have already spotted a growing McEvoy fan club within and promotion of McEvoys credentials as a campaigner against child abuse on the far right. The good wolf noticed that on Neil McEvoys message on the matter used the invocation of the words "Rochdale and Rotheram" within his call. These are dog whistle words thst have inspired praise from leading activists of the far right organisation the Democratic Football Lads Alliance. I am not saying that McEvoy has become a member of the far right I am simply noting that as he seeks to create a source of votes and a new political party to ensure his return to the Sensed in 2021 as a regional member he keeps very strange company and increasingly can be seen to use the tropes and jargon of the alt right. Such involvement is line coming close to a far right radioactive material that mutates and changes those who come too close. We have already seen this process with one Royston Jones and the fragrant Anne Greagsby as they drift ever further and further to the alt right

This hard right 10% may well tempt Neil McEvoy to populist like link many themes and concerns of the far right in search for lust votes. He has already shown worries about being bullied by strong women and used terms to criticise trans rights, used alt right terms lime such as 'virtue signalling' and railed against 'social justice warriors" and his 'fan club" of former gammon Cardiff West Plaid members. The trajectory is clearly on his Mosley path.

We have already seen characters like Sian Ciach sign the nomination papers for the Brexit Party and Royston Jones imply that he voted Toryi. The Venn diagram of the populist, the hard right and of the Brexit Party shows some fascinating links between McEvoy, DFLA activists and the home grown Welsh far right. Some odd arrangements and permutations are soon to emerge in the build-up to the Senedd election of May 2021.

The unintended consequences of electoral politics must also be mentioned too. Had Leighton Andrews not lost the Rhondda to Leanne Wood then Neil McEvoy would not have been elected to the Sensed on the South Wales list. Who knows what strange unforseen electoral results will emerge upon the electoral lust seats My own Mid and West Wales list and that of North Wales offer much potential for outliers and the unexpected. It's quite clear that circunstances make Cardiff West safe for Mark Drakegord and Labour . New legislation allows 16 or 17 year olds to vote and prevents councillors from being a Senate member simultaneously makes characters like Neil McEvoy and Peter Black having to make a fateful choice. It's going to be a fascinating period as we near May 2021. 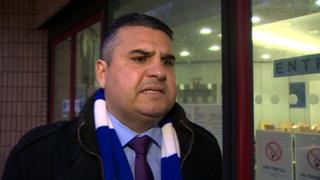