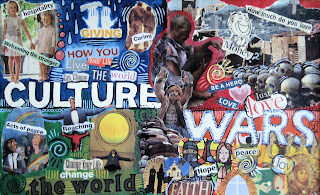 Disturbing perceptions flow from the USA...Michael Moore talks of a coup..http://www.independent.co.uk/news/world/americas/donald-trump-michael-moore-coup-us-steve-bannon-sally-yates-rule-of-law-a7554556.html?cmpid=facebook-post you might also want to look at this https://medium.com/@yonatanzunger/trial-balloon-for-a-coup-e024990891d5#.mbcnif1dh

.Presidential executive orders are almost unlimited. In the UK we see signatures against Trump visit comes from remain areas and least signatures from areas that voted to leave. The right is emboldened they worsen by the day . there is more prejudice, more support for a Trump like outlook .We see ignorance increase post truth replicates faster and faster. it would be interesting to see figures for assaults on minorities....Piers Morgan's statements become less and less based on evidence. Individualism and narcissism becomes the base of all thoughts as the right flexes it's muscles ....How far are we from the confident emergence of an Alt Right in the UK ? Those of us loath the developments vary from despair to grim resistance. Just heard that Trump has appointed a Conservative Judge to the Supreme Court ...he is an originalist he sees the American Constitution as an immovable document created in the 18th century and supports 18th century interpretations. The Constitution does not evolve in the modern World to him it is a fixed document ..Unchanging ...As two elderly liberal judges age further the scene is set to challenge women's rights gayy rights and civil liberties..Rage rage against the failing of the light...We are going to have to fight back very powerfully .In the end the tide will turn and those of us who saw the screen comments,the prejudices.,the ignorance and we will not forget..As the new day dawns...I know where the bodies are buried and who gave the orders...Who would ever have thought that at the end the best speech of all would come from Kenneth Clark as we face the midnight if the century but the light is coming I can see it....It's arising over Kilvey Hill.......This is the Old pagan festival of Imbolc..its just as dark but the light is returning........
Posted by Any Human Heart at 11:53