Martin McGuines..thinking about his role one year on from his death..... 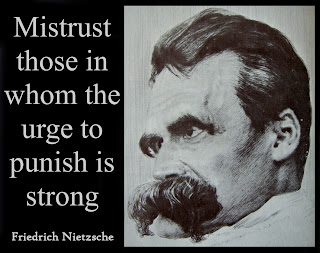 The death of Martin McGuiness one year ago gives much scope for debate.
The truth is he moved away from being s man of war to that of a man of peace. The truth is that this process of change shows a profound understanding of the situation. The Unionist control of the north is underpinned by violence for over 400 years. The skill of transformation is a real mark of psychological perception and his ability to persuade and influence the IRA and others to hand over their arms and accept peace is staggering. In the 1960s the IRA was virtually dead and yet it was oppression by the Unionists that brought it back to life. The British army sent in as peacekeepers tgen simply appeared as supporters of the Unionist domination. McGiinness enabled transformation and began a long term process of Irish reunification making real the dreams of Michael Collins. The end of violence is a dream for many Their will be those horrified by my words yet we must realise that all armed struggles end this way. Even the Thatcher government had channels of communication with the IRA. I have always had sympathy with the Republicans and have always supported a united Ireland. We all must ask ourselves what we would do under a repressive government and we would all answer that question differently . I wonder what any of us would do and i mourn the death of Martin McGuiness ... The British state accepted former terrorists as Begin and Makarios as politicians .The British state has supported terrorists when it's interests were served. 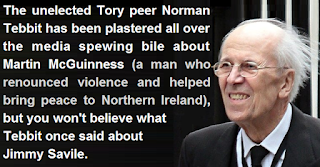 McGuinness realised violence would no longer serve its purpose have our conventional politicians made the same realisation i do not think so. Paisley and McGuinness both marked a massive personal transformation and brought peace .If i had been raised in similar circumstances to Martin McGuinness i might well have made the decisions he made. I know that under a far right or fascist government I certainly I might well have...The move from war to peace was mirrored in Paisley's movement from bigotry to tolerance ..An enantiodromia we all benefit from RIP Martin McGuinness we have all benefited from your transformation .Those who learn from their past are the real transformers and bringers of peace and reconciliation .

I will have abuse from many sources because of these words I have written. Yet those closest to a conflict often provide the least understanding and least reflection or self understanding.. In the final analysis using the South African model we saw Nelson Mandela moved from men of violence to peacemaker. If we were to ask former members of the apartheid security services to comment on Mandela we would hear similar things that will be said about McGuinness. Anger, hatred and revenge are the products of violence..yet the person who turns away from them can be the catalyst for peace and reconciliation. If someone killed a person I loved I would be the worst person to see any value or role for the killer to provide peace and reconciliation.Those who pour anger on Martin McGuinness usually from a military perspective are always silent pin the abuses and atrocities of their own armed services thst they belong too.

We have to have an independent judiciary to bring justice and non emotionally involved individuals to bring peace and reconciliation. It could be no other away..nor would we expect it to be. Yet in the final analysis moving from violence to peace allows us to change history and save lives. Surely it's that obvious. I have long disliked those who seek vengeance yet to turn from it is still the challenge faced by many former military personnel if the British armed forces.McGuinness did it guys can you?
If Ian Paisley can do this can't you? Or do you need to feed the consuming wolf of anger and hate that lives and breathes within us all. That's our challenge. ..and our curse..
Posted by Any Human Heart at 13:30