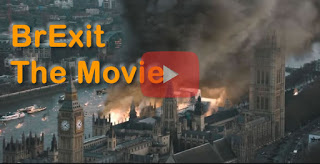 One year to Brexit day. I reflected on Mozart's opera reformed for us as we joined some 45 years ago. It was a celebration of peace and hope I was 14 at the time.i new that day i was an emotionally a citizen of Europe. I loathed the narrowness of the little Englanders I met at prep school. The problem is at nearly 60 they are still there . They are just the same now I remember their prejudices and their outlook . They are as intolerant now as they were then. i see the same types aping an English outlook of the 20s . The racist words are back, the attitude of superiority returns. Theresa May apes a European outlook but we know it's a ruse, a pretense of understanding and we leave ourselves vulnerable, class ridden and on the outside. Brexit is an excuse for the right to settle it's scores. It's been long planned and they are looking at us all right now....And i tell you now there will be no unity offered by them , they are not interested . They offer a grim future and such ilk as this will not experience any desire to unite with them from me.....


Yesterday I heard a celebration of 100 years of the RAF. The Air Marshal being interviewed was clever he linked Salisbury

. Syria and space. He talked of a Russian threat ..he talked of a narrow Britain but most of all it was Brexit Island talk ..and the same discourse of a Russian threat that gas existed for over 200 years. He made no mention of the arms trade if the military industrial complex. Taking back control is in fact a return to the imperial fantasy discourse ...the military personnel recruited are largely from areas of high unemployment. The working class of one nation state is set against the working class of another..Ten per cent of the prison population is if a service background. The old lie is resurrected. Virgil lied as did the Air Vice Marshal ..delce et decorum estt pro pattia mori...the old lie is used over and over and the clock ticks on...one year to go .. and the methods are the same.

This is  the message of  the old, the bitter, the inward looking . There is no celebration today, no celebration of our diversity, our multicultural , multiethnic society that has been like that for 10,000 years. It is not a letter that celebrates the languages spoken on this island Welsh, Gaelic, Urdu, Kernow and Yiddish, amongst many others. There is no coming together..There is a moving apart. Scotland, Northern Ireland , Wales even Cornwall look at ways to get themselves from this 'kipper paradise' we have become. The fog in the channel is cutting off Europe from us. The Mail's headline ,'Freedom" is the freedom of blandness, sameness and intolerance, the freedom to be prejudiced , xenophobic and narrow. Long ago i heard the song by Emerson, Lake and Palmer it ended with the line " the CHRISTMAS WE GET WE DESERVE" the problem is that today we are getting the Brexit that the hard right has given us .Bit it is not what we deserve or need. The sack left at the end of the bed by a purple robed Santa Farage.In that sack is a society doomed to the market economy, poor services, lousy civil rights and privatisation. We do not deserve these gifts.....Adam Smith put it this way he said we are putting the clocks back 70 years he is right....
Posted by Any Human Heart at 12:20