The Vernal Equinox and Prejudice in Aspic 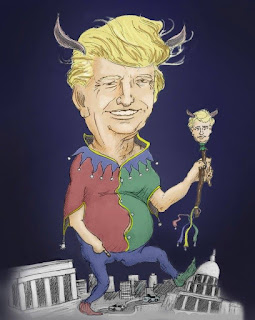 The Vernal Equinox the balance of light and dark, of Yin and Yang, and of hope and despair . And it's raining in Ystradgynlais. I reflect on the events since the Autumn equinox of last year. The world has changed there is an entertainer in chief in the White House...Is he an idiot or something much worse? The questions swirl around my head. The racists have made common cause with the those shut off from the world of globalised economic and political theory. And yet the left behind and shut off have yet to understand the difference . The elite dominating the USA the bankers that caused the crash, pushed the agenda, those who deskilled them. Those who seek lower wages Nd poorer rights. The Bambi like Blairites who called time on the left are the very people who went along with these alligators now residing in power. It was the friends of Blar who made them unless and the soother on people throughout the world. And it was them that created the situation for the alligators to move in. The oppressed ere vulnerable, neutered and muzzled their eyes are turned on others like themselves and they do not see the real operators.

Frozen in aspic the collective shadow.....There is often something long hidden in both our selves and in the collective of a country or culture. When Germany denazified at the end of World War 2 then West Germany hid it's past till 68 and Baader Meinhof lifted the lid and found what lurked beneath.Here the Greens first Appears The GDR did it another way they imprisoned or executed the most prominent Nazis . They then said everyone was a good Communist and drove the Nazi shadow into the darkness. And yet within the GDR the Stassi spied tortured and controlled the population . When the Berlin wall came down large crowds gathered outside the hotels where Vietnamese guest workers lived and set them on fire. When the fire brigade turned up they were booed and police had to called. Frozen in aspic the hidden Nazi returned and where did this happen the most? In Dresden scene of the firebombing by the allies.. and where now does the German party the AFD draw it's strength from? You have guessed it Dresden.

The party uses words in ways and has approaches not seen for 80 or 90 years.... No i am not saying they are the same as Hitler..Ian just finding you that a Nazi collective shadow frozen in aspic was never exorcised..The Americans behaving like Saddam in the prisons of Baghdad reveal the phenomena over and over again In China Mao*s legacy is revealed as a thin veneer as traditional ideas of Imperial China reappear and Russia becomes the best friends of Donald Trump as it becomes a guarantee of family values and nationalism. Putin is admired by Farage Nuttal et all. Hear and see those dark collective shadows stir as the frozen demons in aspic spill out onto the tapestry of 2017...The triangle if rescuer abused and abuser goes around over and over again ...Marx was right it will only be that under late capitalism in the West will the change begin
I am the old Pagan at the spring equinox. I see tensions in groups. I see paranoia and fear. I see accusations I see ad hominem arguments everywhere. We fear tension, we are all more or less broken, all insecure. At the equinox the hidden and the observable are in equal balance. The light and the drak, the yin and the yang. Those who believe in simplistic answers feel threatened amd those who see complex solutions are thretened by those who do not. Yet the realisation of this truth disturbs both groups. This article on the Salem Witch trials and the play the Crucible by Arthur Miller tells us much of this phenomena. As Emily Dickens said
Witchcraft was hung, in History,
But History and I
Find all the Witchcraft that we need
around us every day.....
Posted by Any Human Heart at 13:25