Irish thoughts on a Wednesday. 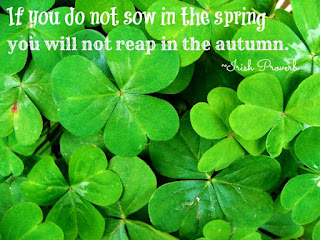 Irish thoughts on a Wednesday....The Democratic Unionist Party is in government it allows the Tories to be in power and it brings bigotry and prejudice with it. It claims to be unionist and British. And yet it will not except gay marriage and access to abortion which is available throughout the UK. Then the DUP claim that devolution is being ignored by last night's vote in the House of Commons. The DUP has nothing in common with the rest of us in the UK. The politics, ethos and 16th Calvinism, denial of climate change, evolution and LGBT rights clearly shows that we share nothing in common. The unionist claim originates in the myth of King Billy, the battle of the Boyne and the propaganda if the glorious revolution of 1688. It never was glorious for Ireland, Scotland and can be seen as the origin of the Slave Trade and the root of the capitalist system.

My mind drifts back to the history of the Ulster crisis of 1912 to 1914. I think about how the Unionists of that period were the first to import arms and threaten civil war. It came at a time similar to this when a culture war raged between progressive and reactionary. Asquith felt that the army could not be trusted and commented with the coming of the First World War would ease the Ulster situation. It's ironic that this threat of civil war first came from the Unionists and set an exams of armed rebellion noted by and used at Easter 1916 and on into the Irish War of Independence. It's really amazing how deep runs the denial and the mythology of Northern Irish Unionism. One wonders how close the modern cultural tensions echo this period of cultural wars from a century ago. I have long been an advocate of a united, secular and socialist Ireland. The election of a Labour government with a Prime Minister and Chancellor commited to Irish Unity nears and the progressive dreams of Michael Collins near completion. The crypto Catholic fascism and social conservatism of Devalera have been revealed as empty, meaningless and inane.. The truth is that as Devalera is examined and his assumptions examined we see Aileen Foster and the DUP as the Devalera if our time irrelevant, out of touch and nearing the dustbin of Irish history. Ironically in a few years we shall see the social conservatism of the Brexit Party in the same way. The culture wars run on and throughout the last 100 years we see how much the politics and culture of Ireland tells us so much about ourselves.

It is part mirror of our hopes, id and shadow and tells us of our fears . The equality and socialism of Conolly and the orger Irish socialists is coming at long last to both countries. The road is long but the end is near and both countries need Irish reunification for them both to be free. Neither country unfree can ever be at peace. The dreams and hopes of Conolly and Collins is about to be fulfilled. And with it will come the progressive, radical and diverse culture long needed in the UK. Boris Johnson never supported the Good Friday agreement and offers nothing but the narrowness of Unionism. Farage and the Brexit Party support the social conservatism of the DUP. Only the left led by Corbyn and Mcdonnel can complete the process and solve the problems and tragedies of both Ireland and the UK. Last night's debate in the Tory leadership election saw Johnson suggest an election is coming. Both Ireland and the UK has its future resting upon it's result.
Posted by Any Human Heart at 12:00