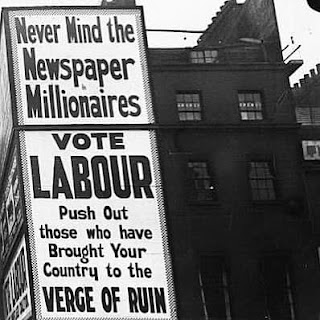 .I see misty eyed pictures of her and her candidate Jane Dodds staring into a nythical future over the Brecon and Radnor countryside. . I hear promises of action but no detail. They are both like the sphinx but have no secret and they are all things to all people. How apt for the time of Boris and the age of Trump.

Will Caroline Lucas tweet about the strong women that Boris Johnson will promote Priii Patel and Liz Truss or indeed the Brexit Party"s reactionary Anne Widdicombe? Or indeed the late Margaret Thatcher? There are many strong women who are not sisters Caroline. I fear that you are taking the Green Party to a pallid centrist position Lets analyse what Jo Swinson did for women diring rhw coalition years. Marcus Aurilius said we should ask what people do not what they say they will. JO Swinson ; warned against an increase in minimum wage, she defended the charging of fees for employment tribunals, she supported the scrapping of EMAs, she voted for dissability premiums to be cut, she backed the bedroom tax, she voted to bomb numerous countries, she backed austerity, she took money from the fracking industry and she would push the Nuclear button. She hardly sounds like a sister dies she Caroline, or indeed a Green? Or indeed a representative of this vibrant liberalism she raves about. She may seem fair but her actions were foul. Perhaps we can simply observe is that at least we can clearly see the foullness, bigotry and prejudice of the right wing Tories.

Jeremy Corbyn has seen off three Tory leaders, three Lib Dem leaders and seven UKIP leaders. That's strength and that's commitment his policies will help and have helped women everywhere..he may be a male but he is truly a sister... is your sisterhood slipping Caroline Lucas? I think it may be. You and Plaid have stood down in Brecon and Radnor and urged your supporters to vote Lib Dem. Can you honestly say that a remain alliance us that important that it trumps the events and policies of the coalition era. There is only one Welsh Socialist in the by election and that's the Labour Candidate Tom Davies.

I hear you whine on Radio 4 Ms Swinson and I whinge...what comes to you in those dark hours as you remember your ministerial career.. you were the contractors of austerity..you must face up to this. What vile hybrid Tory/ Brexit Party government is slouching towards Downing Street ready to be born? Who will be it's Chancellor and who will begin a new assault on benefits? While 62% of Liberal Democrats prefer Jeremy Hunt to Jeremy Corbyn we know the reality of its midwife. When the Green Party stands down in Brecon and Radnor for the party than gave the massive tax breaks to the fracking industry and has the nerve to criticise Labour's New Green deal we clearly see the direction and discourse of the "Remain Alliance" . When 60 right wing Labour peers lay onto Jeremy Corbyn for talking of abolition of the House of Lords does it really take that much to see the trajectory and methods of the Right?

Outside of Labour things fall apart and we clearly see the rough beast of the right waiting to be born. The best lack all principles while the worst exhibit massive ambition and Caroline Lucas cannot see the cycles of the Lib Dems as all things fall apart..who is the yellow falconer training the Green falcon.. who was too yellow to be green or who too green to see their hue change to yellow. I sense a terrible extinction about to be born..eh. WB Yeates The Brexiteers take over trhe gobernment and the true horror is revealed.....