The slouching beast comes for the NHS 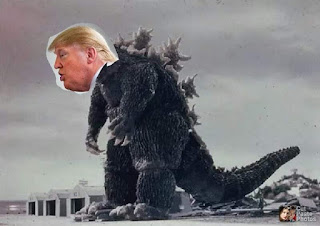 Monday political musings.. its the coldest yet. The frost is sharp as the Moon grows to full we enter the last ten days if the campaign As the right plays up the threat of terrorism without recognising the crisis in the justice system and rehabilitation. The two young people killed on Friday sttod against everything that the Tories represent and are. As I listen on Radio 4 to the out of touch privately educated Robert Buckland in his narrowness and bigotry. Anyone who knows the nature of the system and understands knows that the austerity cuts of the Tories and the Lib Dems are a general cause of its ineffectiveness the chickens are coming home to roost and it's not about lo get assessment . It's about having an adequate system to assess and analyse risk. Longer sentences have been the simplistic answer of the right for years upon years.


Yesterday while canvassing in Glanrhyd I came across a voter who was debating voting Tory for Brexit and Labour for the NHS . She didn't want to discuss the matter because she felt no one was telling the truth I reflected as I walked away on the words of Hannah Arendt that no one in the 1930s hnew what to believe or could distinguish truth from lies. This time has come again. And as NATO meets in London Trumps vultures approach us ready to lie and deny their desire for our public services. If Boris Johnson wins the claws will come out and teeth ravenous and bloody will feed on the carcass of the UK.

Which impulse will win ..the illusion of a false Brexit that never was and never can be or the institution of the NHS, 70 years of age well proved and demonstrated in value. Which one will sway the electorates heart as the Moon reaches full? Who will fill the psychological emptiness within Johnson or Trump? Will it be the institutions that preserve us and heel us or will it be the illusion spun by the pied piper of hatred Nigel Farage. Farage is the servant of Trumps corporate crocodiles .It is those like Farage who are filling the swamp and not draining it The chill in the air comes from the breath of those who are as cold as a Lizard and who are as ambitious as Lucifer. The stakes are heightened as the polls tighten I say to those who wont vote Labour because of Corbyn that they might as well burn their house down because they don't like Christmas.

In Germany the SPD begin a Corbyn like process of socialist renewal. The choice is simple to millions of people.. it's either Socialism or Barbarism. The choice is simple .. Who will win whose heart will be broken? Whose dreams shattered? And will we get the Christmas we deserve? It's up to you....Trump and Farage as his "John The Baptist" brings with him a slouching corporate beast shuffling it's way to slaughter and dismember our NHS...and take us all to the slaughter house.. it's time to choose. 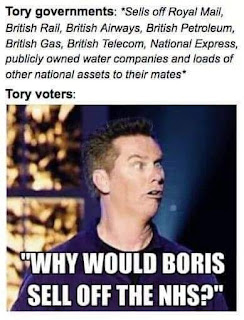