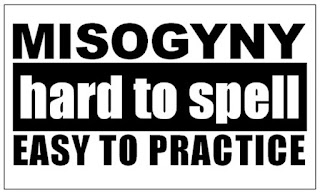 As the Kavanaugh nomination stalls under the power of Dr Ford's testimony...we see the reality of misogyny and patriarchy in the political structure of the Republican Party. Conservative white men of wealth and ancestral power defend an arrogant frat boy conditioned to believe in his superiority of faith conservatism and control. Imagine if the woman testifying was not professional and if the same background of Kavanaugh. All women should be believed whoever they are...yet they are not. Kavanaugh speaks Trump, he hates the progressives and the left. His arrogance and anger reveals much rich speculations on how he would be as a frat boy and of his attitude to women. And now this inner adolescent frat boy turned middle aged conservative wants a different power over women's bodies he wants to destroy Roe versus Wade. Not content with the power of the conservatism over the vulnerable he now channels his "personal"relatioship with his God and Trump persona to control the women he both loathed and fears .

As Plaid prepares to announce it's next Leader we see another misogyny in form. The words aimed and directed at Leanne Wood from members of Plaid and from parts of a win Gwlad are loathsome. Though in no way like Kavanaugh in form and action they reveal an origin from the same point and that is psychological misogyny. Be it Neil McEvoy raging against domestic violence charities or strong women or Jac o' the North against "wimmin, lefties and greens" the root is the same however different their actual behavior We all know the truth here....misogyny is real and the acorn of all the above behavior and approach..

It has been seen as well in attacks on Diane Abbot and others like her. Black feminists are right that often when we talk of race relations we often ignore women of colour and when we talk of feminism we ignore black women. I work hard to challenge my own conditioning both on patriarchy and attitudes to other ethnicity. But it is incredibly hard to do so and deeply ingrained prejudices still leak out. It is one thing to recognize your own prejudices but it is another to deny that they exist. And from Kavanaugh to the patriarchs of the Welsh National Movement and of the Bluekippers the root is the same; denial, power and patriarchy. Engels realised this nearly 200 years ago...why do so many men still not see it?

hear of Kavanaughs use of his family. He plays the family card. He brings his children his relatives, he invokes the church and his credentials. It's a show it's a subtext discourse to maximise the Conservative base as the mid term elections near yet as his anger and arrogance is revealed as his persona slips and the inner frat boy is revealed in all its aspects. Before he was a family man, before he was a Christian conservative we see the truth behind it. This is a show it's the ur fascism of the Republican right, it smells of Trump and of the locker room. This is the truth of Trumps America..it's hypocritical and it's vile.
We see a bright professional woman dragged down by old white bigoted men of the Senate.. the arrogance flowing from Kavanaugh reveal who he was and is...behold the man ...
Posted by Any Human Heart at 12:25