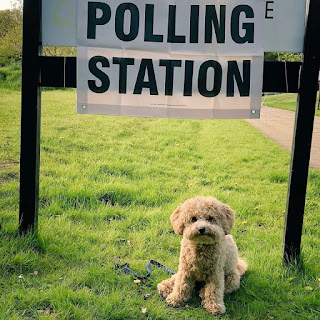 Labour vote rises in the South and falls in the North. Perhaps those who argued that all we needed to do was endorse a people's vote might like to reflect...the rise of independents indictate a hiatus in the existing political situation. Much to reflect upon....Gains in Peterborough, Swindon and elsewhere...as UKIP continues to disintigrate..of course if this was really about Brexit then why did UKIP continue to decline? The rise of the I jndependents almost as many gains as the Lib Dems suggests another story. ...perhaps the malaise is about other things. There are a day of results to analyse more than half the seats are yet to declare. Perhaps the Green Party success is due to Extinction Rebellion and Labour losses in the North are due to over stress on Centrism by a certain faction of the Labour Party. The Lib Dem gains tell us much about a semi return to being once more the party of protest votes. We are not back to the 80s though...on to the European Elections..