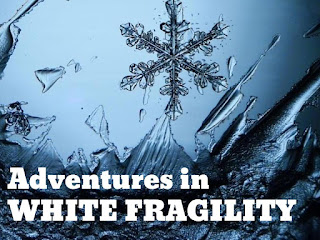 As we approach a new trial on July 4th we must examine the phenomena of Tommy Robinson and the insecurity of the white male.. The Tommy Robinson saga reveals itself as the litmus test of ontological insecurity. .The conspiracy theorists raved and spat. They were male yet insecure in that They screamed and shouted ...they claimed they were exposing paedophiles yet they were only interested if the paedophile had a darker skin. They conveniently forgot about the EDL man charged with the same crime. They forgot that Tommy's actions would simply risk freeing a paedophile..

They wanted their country back but knew nothing of legal process and of law They threatened gay journalists, politicians and the police, they treated social war on the liberal left..

Even getting the softer right to admit that anything was wrong with the Robinson approach was like trying to get the essence of liberalism out of the bricks of the Hitler bunker. When you did they screamed ad hominems like it was projectile vomit. It was an external locus of awareness not an internal ontological one. It was the Left that was to blame, they hated the expert, the historian and the social scientists. The Left were the cause not the bankers; the system and the market. To them Tommy was in Calvary be was their messiah the distilled essence of hate. The fear of the other the different was clear.. they were white males; insecure projecting, displacing; afraid the inner Tommy Robinson that has possessed so many will not go away till we know ourselves, know our insecurities and fears. Till then he will not go away.
Posted by Any Human Heart at 11:45