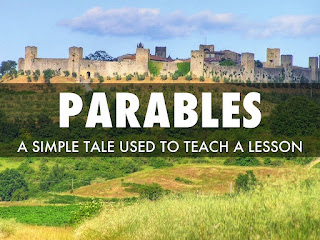 David and Mair ran a little market stall. They sold cakes and bread. Their scones were to die for. It was a busy little stall. Many people visited their stall at least once a week. Others came into the market for other things like fish or vegetables but as they passed David's and Mair’s stall they would often stop by and stock up on bread and scones. David and Mair were doing OK. Not that good, it must be said, but they usually managed to jet away to a holiday in the sun once in a while.

One day David said to Mair, “You know, we should think about moving our market stall somewhere else. We’re paying a fortune in rent. We have to abide to all of those market rules and besides, have you noticed how many of the stall holders here are foreigners?” Mair replied, “I really didn’t think things were that bad. We’re doing OK here. We’re earning enough money here and besides, all of the foreigners attract a different sort of clientele into the market. We get more passing trade. We sell more scones.” David started to dig his heels in. “No,” he replied. “I think we should move our stall. Get out of this market. Pitch it up somewhere else where there are’t any foreigners running stalls nearby.
Everything will be OK, just mark my words. Mair gave him a quizzical look. “So, we just take our stall, move it outside, where we’ll probably have to pay more for deliveries, where there won’t be any passing trade. You really think that’s a good idea?"
Posted by Any Human Heart at 14:30