The end of the line for the Lone Ranger of Seven Sisters? 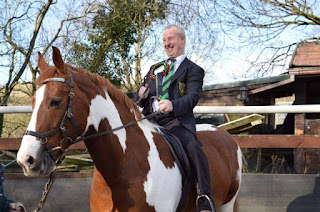 My little birds and Dire Wolves bring me news of restlessness amongst the Independent Group upon Neath Port Talbot Council.  It is rumoured that dissent exists over the leadership of  the group by one Councillor Steven Carl Hunt.  It seems that the lone Ranger himself may well be facing the end of the trail.

Some of the Independent group are clearly looking for an alternative leader. They feel that his grandiosity as the leader is a  little too much.. They fear that his self-promotion would even make a Liberal Democrat blush. There is a possibility that the independent  and former Labour member Scott Jones from Cymmer  has far more support amongst the various independent Coucillors on Neath Port Talbot Council. As it is his role as Mayor in the coming year will give an excellent platform for his role as future leader of the independent group. Some feel that Scott Jones has a clear political grasp and political philosophy outside of a narrow self promotion.

Councillor Hunt is already telling everyone who will listen about standing for the Welsh Assembly in 2021. Perhaps soon he will have more time to devote to this ambition. Of course not being the Leader does have certain limitataions and financial resources  are lessened by not being the supremo  of the independent group. Perhaps the Lone Ranger and Silver have  nearly reached the end of the trail. My contacts in Seven Sisters also talk of a growing impatience and fraustration with Steven`s trajectory of self-promotion… hubris is a powerful tool of karma…..up Silver and away....