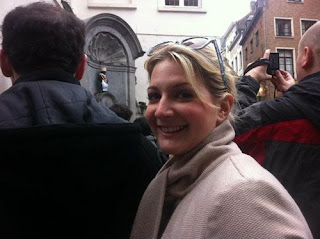 Alexandra Phillips now Brexit Party MEP for the South East of England was once press officer for  UKIP and a candidate fotr the Welsh Assembly in 2016. I watch Alexandra Phillips the MEP for the Brexit Party on Question time . She says how inclusive and tolerant her party is . I remember her description if someone as an "autistic wanker" . It was this comment that led UKIP to drop her as a candidate for the Welsh Assembly in 2016. But its quite clear that the Brexit Party has no such concerns,

She frequently mocks the disabled, often referring to herself or others as "Spaz" or "Spasticated" Words that have thankfully dropped out of common usage as the majority of British society regard them as offensive. Phillips also refers to an online friend of hers as an "Autistic wanker".

Another posting she claims that "She is hungrier than a Biafran" a disgusting reference to the huge numbers of people who starved to death during the Nigerian–Biafran War in the 1960's.
Another posting by the  then young press officer claims that she "Is bored of being Anne Frank" a sick link to the tragic tale of the young Dutch girl who hid from the Nazis in World War 2 and was ultimately captured and died in Bergen-Belsen concentration camp.
If she wanted to know about Nazis maybe Alexandra Phillips could have asked Jean- Marie Le Pen, MEP and then leader of the Front National. In November 2009 she wrote" Is in the European Parliament and that charming Frenchman Jean-Marie Le Pen is in the office down the corridor. Maybe I should go and say hello".
It seems that when she visits the European Parliament she gives some of our continental cousins a wide berth, It appears she isn't keen on people from The Netherlands as she writes" Dutch people should come with a health warning."
She isn't that keen on the British either writing "English boys are shit" and "Sometimes just reading the papers and waking up in the UK is enough to make you feel suicidal by lunchtime".
Posted by Any Human Heart at 12:53