The Brecon and Radnor By Election of 2019 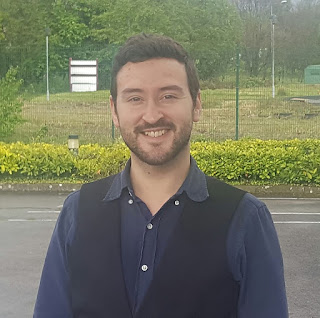 It`s been 34 years since the last Brecon and Radnor by-election. I remember it very well and as I hear of the next one to occur sometime later this year I begin to reflect on the different circumstances between the one of July the 4th 1985 and the coming By-election of the 2019. 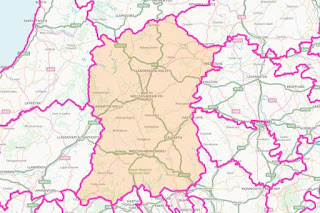 To start with I should tell you that Brecon and Radnor is the largest constituency in England and Wales. Please look at the map that comes with this article and consider the fact that it comprises some 30% of the area of Wales. Brecon and Radnor is controlled politically by a Tory-independent coalition that often lacks empathy, sympathy or understanding for those who live in the poorer, more urban and concentrated areas that are found in both Ystradgynlais and Brecon. To all intense and purposes the independence are Tory who do not describe themselves as such.  It is a true story that at one time the dominant grouping was known as Powys Independent Group and were known by more radicals at the council with the rather unfortunate acronym as PIGs.
While I do not wish to take Orwell`s allegory much further I should state that Brecon and Radnor is dominated by the interests of those with large farms, who consider themselves certainly more equal than others.

It is being very amusing over the last few weeks to watch bland Liberal Democrats pushing nauseasous leaflets comprising of bar charts trough every letter box that they come through. The greatest irony of all is that they feign amnesia over the causes of austerity and cutbacks that have so damaged rural Wales and Brecon and Radnor in particular. While it is true that perhaps we cannot call them the architects of these policies we can certainly call them the contractors who build the Edifice of austerity, benefit reform, privatisation and the bedroom tax. It is remarkable the cognitive dissonance they exhibit while claiming they are battling the cuts that they themselves created and make it possible through the coalition of 2010 to 2015. It is important that none of us forget their toxic legacy.

Brecon and Radnor was a Labour seat until 1979. The Labour vote is concentrated in areas like Ystradgynlais and in Brecon. There are also significant Labour votes in the smaller town of the vast constituency. The local Labour party has its main strength in both Ystradgynlais and Brecon and it is here that the seven Labour councillors can be found, where five of them are in Ystradgynlais and two of them in Brecon. It is also the case that Brecon town council is heavily dominated by the Labour party holding 10 of the 15 council seats and in Ystradgynlais where sizeable Labour group dominate to town council. Labour has large and active branches in Ystradgynlais, Brecon, Crickhowell, Llandrindod and Builth, Hay and Talgarth and Knighton. Labour`s parliamentary candidate is councillor Tomos Davies who is a Welsh speaking and socialist local activist. He was one of the victors of a By-election in December of last year where Labour took two seats one from the Liberals and one from the Independence. And this followed a further victory earlier in the year by Liz Rignenberg who took the safest Tory seat on Brecon town council. Labour has a large and active membership and will surprise everybody in this By-election.

It was indeed interesting in the attempts earlier this year that it took several attempts by the Tory independent coalition to get their budget through. The electorate of Brecon and Radnor has experienced a council tax rise of 9.5% and hike in council rents. It also escaped the closure of all its libraries. Had it not been by the leadership of the seven Labour councillors we will all be suffering this fade. As is it we must constantly remember that despite claims by the FIB dems that they too resisted cuts we must remember constantly their role beginning the circle of cutback through Brecon and Radnor.

It is also fascinating that the two plaid councillors Cymru while apposing the first attempt to set a budget mysteriously abstained on the second vote. I am not suggesting by any means that these two events are connected in any way. However, it was indeed fascinating that these two councillors were given increased responsibility after the second vote. Of course these events are clearly not related and you have to decide for yourself if any correlation could be detected. I could not possible comment on this.

The Brexit party are clearly considering standing their assembly member Caroline Johns as the candidate. I only hope that her memory improves unlike earlier this year when she forgot to mention it that she was employing her husband on her staff without the necessary declarations. It is also significant that a former staff member of hers won Darron Broham Niccols once published on his Facebook page an image of Tony Blair with a hangman noose around his neck. The Brexit party has little organisation and may well split the Tory vote allowing possible numerous victors to emerge.
Finally, the conservative party finds itself with a damaged candidate Chris Davies. He claims he has the support of both Boris Johnson and of Jeremy Hunt. In these days of Brexit uncertainty it will be interesting to when the conservatives have the nerve to move the writ for the By-election.
It may be that this By-election will never take place as it will be subsumed into a general election coming in the autumn. As I write this peace the Tory majority in parliament seems to be declining daily and it may be that a successful vote of no-confidence will change the situation yet again. I am old enough to remember clearly the By-election of July the 4th 1985. However, the interesting point is I wonder what the 27 years old Martyn would have said if he had been told that his 61 years old self would become the branch secretary for Labour Party and the disability officer for Brecon and Radnor constituency Labour Party. Oh, well sliding doors and all that and the vagaries of time future and time past.

Please come to Brecon and Radnor and support the wonderful and effective socialist candidate Tomos Davies. Brecon is beautiful. Its vast and there is much to do. You will also have a particular warm welcome to the Democratic socialist republic of Ystradgynlais from its Labour members and from its Branch secretary. If you would like to help I can be reached by email on squabs@hotmail.co.uk or by ringing 07592330467. There is a world to win and it can be found in Brecon and Radnor. 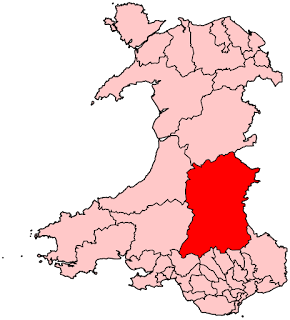 Details of the Brecon and Radnor Constituency

Under constituency changes announced in September 2016 ahead of the next general election it is proposed to merge this seat with the southern half of Montgomeryshire including Newtown to form a new seat called Brecon, Radnor and Montgomery.[5]