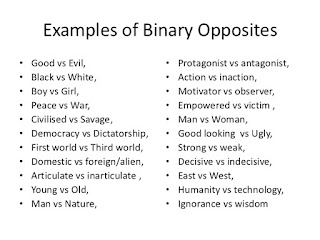 Basic Premises:
Structuralism was predominately influenced by the schools of phenomenology and of Gestalt psychology, both of which were fostered in Germany between 1910 and the 1930s (Sturrock 2003: 47). Phenomenology was a school of philosophical thought that attempted to give philosophy a rational, scientific basis. Principally, it was concerned with accurately describing consciousness and abolishing the gulf that had traditionally existed between subject and object of human thought. Consciousness, as they perceived, was always conscious of something, and that picture, that whole, cannot be separated from the object or the subject but is the relationship between them (Sturrock 2003: 50-51). Phenomenology was made manifest in the works of Edmund Husserl, Martin Heidegger and Jean-Paul Sartre among others.
Gestalt psychology maintained that all human conscious experience is patterned, emphasizing that the whole is always greater than the parts, making it a holistic view (Sturrock 2003: 52). It fosters the view that the human mind functions by recognizing or, if none are available, imposing structures.
Structuralism developed as a theoretical framework in linguistics by Ferdinand de Saussure in the late 1920s, early 1930s. De Saussure proposed that languages were constructed of hidden rules that practitioners known but are unable to articulate. In other words, though we may all speak the same language, we are not all able to fully articulate the grammatical rules that govern why we arrange words in the order we do. However, we understand these rules of an implicit (as opposed to explicit) level, and we are aware when we correctly use these rules when we are able to successfully decode what another person is saying to us (Johnson 2007: 91).
Claude Levi-Strauss (1908 to 2009) is widely regarded as the father of structural anthropology. In the 1940s, he proposed that the proper focus of anthropological investigations was on the underlying patterns of human thought that produce the cultural categories that organize worldviews hitherto studied (McGee and Warms, 2004: 345). He believed these processes were not deterministic of culture, but instead, operated within culture. His work was heavily influenced by Emile Durkheim and Marcel Mauss as well as the Prague School of structural linguistics (organized in 1926) which include Roman Jakobson (1896 to 1982), and Nikolai Troubetzkoy (1890 to 1938). From the latter, he derived the concept of binary contrasts, later referred to in his work as binary oppositions, which became fundamental in his theory.
In 1972, his book Structuralism and Ecology was published detailing the tenets of what would become structural anthropology. In it, he proposed that culture, like language, is composed of hidden rules that govern the behavior of its practitioners. What made cultures unique and different from one another are the hidden rules participants understood but are unable to articulate; thus, the goal of structural anthropology is to identify these rules. He maintained that culture is a dialectic process: thesis, antithesis, and synthesis. Levi-Strauss proposed a methodological means of discovering these rules—through the identification of binary oppositions.
The structuralist paradigm in anthropology suggests that the structure of human thought processes is the same in all cultures, and that these mental processes exist in the form of binary oppositions (Winthrop 1991). Some of these oppositions include hot-cold, male-female, culture-nature, and raw-cooked. Structuralists argue that binary oppositions are reflected in various cultural institutions (Lett 1987:80). Anthropologists may discover underlying thought processes by examining such things as kinship, myth, and language. It is proposed, then, that a hidden reality exists beneath all cultural expressions. Structuralists aim to understand the underlying meaning involved in human thought as expressed in cultural acts.
Further, the theoretical approach offered by structuralism emphasizes that elements of culture must be understood in terms of their relationship to the entire system (Rubel and Rosman 1996:1263). This notion, that the whole is greater than the parts, appeals to the Gestalt school of psychology. Essentially, elements of culture are not explanatory in and of themselves, but rather form part of a meaningful system. As an analytical model, structuralism assumes the universality of human thought processes in an effort to explain the “deep structure” or underlying meaning existing in cultural phenomena. “…[S]tructuralism is a set of principles for studying the mental superstructure” (Harris 1979:166, from Lett 1987:101).
Points of Reaction: 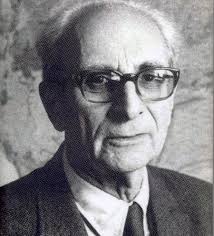