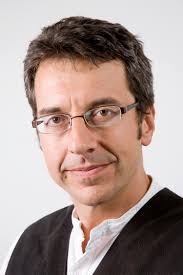 I heard an interview recently it was a debate between George Monbiot and a representative of the National Farmers Union. Monbiot pointed out that it was farming interests that had campaigned for the dredging of rivers, the straitening of the direction of the river and the use of hillsides in Cumbria and elsewhere for the grazing of animals to provide animals for the meat industry.

Hillsides that grow vegetation and trees hold water and limit flooding, when we straighten rivers and dredge them water fro floods floes easily and directly into the towns, it overcomes flood defences and kills people. The NFU representative was in a different world his interests were financial and the demand for cheap meat. He had no comprehension of what Monbiot was talking about...his paradigm was of money and meat and the demands of government. 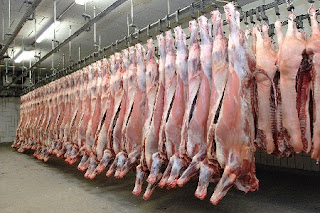 Interestingly enough the one river in Cumbria. The NFU does not understand the joined up thinking. that has not extensively flooded has not been dredged or straitened How odd that the NFU should not mention this. Then as I came in this morning I heard the story of a farmer in Cumbria celebrating that his cows had survived the floods. They had swum or had wandered some 25 miles and had been found on a golf course. He said that his family was now recovering from the devastation of losing the herd, that they were glad the herd had survived. But I ask the question what now for that herd, saved from the flood but destined for slaughter in the industrialised meat industry.

Let us bring in an East European workforce to maintain the rivers, they dont need paying or housing they build dams and create their own dwellings. Who are they you may ask. They are the beavers from Eastern Europe..but I do not suppose Ian Duncan Smith will have much to say to this.

This time last year we sacrificed the people of Cumbria to flooding because of our obsession with the meat industry, we destroy the environment to feed it literally and metaphorically. If we ate less meat, maintained our flood defences and allowed the natural resistance to floods to act we would not be seeing what is happening in Cumbria. A typical Bacon , lettuce and Tomato roll has had the bacon, tomato and lettuce that is combined within it experience an average journey of 20,000 miles. 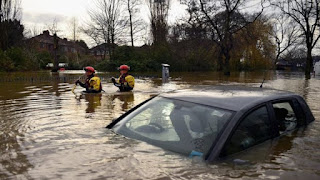 I grow angry with the criticism of the Labour party's shadow minister of Agriculture for being an animal rights supporter and a vegan. I felt sick lat year when I heard Llyr Williams of Plaid defend the meat industry and mock Kerry McCarthy . I grow angry for pseudo-Green political parties, that support such attacks. I am an angry man today........ Its no accident that when the Nazi party was designing the concentration camps they built a model which resembled the slaughter houses of the USA And now every part of an animal is used within and by the industrial complex In 1914 the American Socialist Upton Sinclair wrote a book called “The Jungle” it was an expose of both the meat industry and of industrial capitalism. The Meat industry tried to suppress it but failed..and that was 100 years ago...what does it take to wake us all up. To realise we cannot maintain this fragile Earth if we keep eating meat in this way, we cannot see animals merely as things to eat and use and exploit. Isaac Bashevis Singer gives us a stark warning “ When you say they are only animals, you open the doors to the gas chambers. “ He went on provocatively “In their behaviour toward creatures, all men are Nazis. Human beings see oppression vividly when they're the victims. Otherwise they victimize blindly and without a thought.”