The Old Lady at the bus stop and naming a bully and a troll....part3 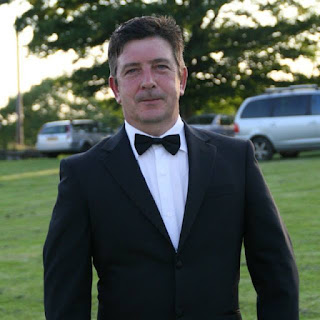 I have a very simple life. I collect books, I have a lovely job, I teach Philosophy and I do therapy empowering and hekping others. I have been very fortunate in my life. Yesterday was a lovely day I was able to help an old Lady on the bus yesterday, I reresented a client at his Personal Independence payments interview. The woman who interviewed him was lovelym she spoke Welsh and she worked so hard to put him at ease, she reassured this vulnerable frightened man and it warmed the cockles of my heart, I saw a client later a young man who had a few months ago tried to kill himself now he has a busy life and is studying Philosophy and reading very widely. It was a lovely day so I wrote about the old lady and many , many people commented all were positive except two. I wont bother with one of them but I found the tone of one most disturbing. This came from a Mr Colin Bowden of Port Talbot Debate and Argue Facebook Group. His initial response to the story was this “t can't be Hayley Cropper can it? One last question, what is you're mind altering drug of choice?”

I replies that perhaps his drug of choice was a lack of compassion. He replied with this “What the fuck would you know of souls you semi literate fraudulent fuck wit? One thing I am guilty of is being baited to read your laughable blog, I click, dissapointment Hang on Colin that Is another spelling mistake I think its spelt disappointment but what do I Know?) ensues, If you are unable to articualte ( Hey Colin you spell it articulate} a point on media then I suggest you stick to what your good at, stealing. “

I gather that Colin is referring to my mild dysplasia, my chronic eye sight and the fact that I went bankrupt in 2009. However the next one was most disturbing it read “You should be careful posting remarks like that Martyn, you never know who will turn up at your place of business with a sandwich for you” I rather get implication from this that he is not offering to buy me a Cheese and Tomato Roll from the cafe below me but is implying a knuckle sandwich. I am therefore taking appropriate action. In a time where we have seen political activists attacked and worse I find this most disturbing.

Now I am sure that young Colin Bowden is a vegetaria n Buddhist who votes Green who voted to remain and loves a multi racial society and was just having a bad day because of the Christmas period. However from where I stand he just looks like an unpleasant bully. He also commented this rather cryptic observation. I dont think he realises that I work “Thank you it was purcahased with money I earned. “ I am afraid another quote comes to mind . “ A pretty face is nothing if you have an ugly heart” Colin will probably think I am making a pass at him oh well......... 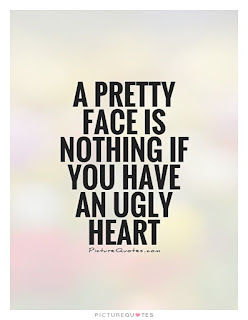