I am afraid you are going to be missing my blog between Tuesday December 20 and Decenber 28 as we are going off to Malta, Please look out for pictures though. I think I will be calling the album the maltese Falcons...hehe. Any way here you are some folklore from the island of malta.....Malta is surrounded with legends and myths. Religious stories and ghostly tales have been told on the island for centuries. Some of these stories are truly fascinating and eerie, others slightly farfetched, each as interesting as the last.

Saint Paul and the Venomous Viper 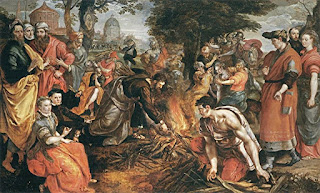 Perhaps the best known legend on the island is that of Saint Paul and the Venomous Viper. This legend can be found in the Bible. Legend has it that when St Paul was gathering wood to make a fire for himself and some other shipwrecked people, a venomous viper sprang out of the sticks and bit him. The Maltese, who were very superstitious at the time, expected St Paul to die of poisoning, however no harm came to him. It is said that from that day all snakes and scorpions in Malta became harmless and non-poisonous.
The Legend of tal-Maqluba 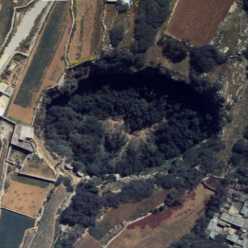 Another interesting legend in Malta which I was recently told is that of tal-Maqluba. The legend states that once the area of tal-Maqluba, just south of the Maltese village of Qrendi, there once was an evil village. The people were so bad that God punished them by opening the ground and the whole village was swallowed by the Earth. The opening in the ground stopped exactly in front of a chapel, which is still present just by the edge of this enormous hole. The crater is 50 meters in circumference and around 40 meters deep.
il-GawGaw 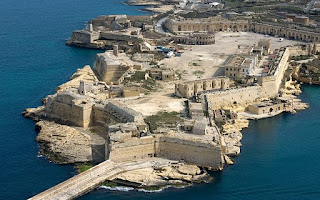 In the past, December 24th was considered a most unfavorable day for birth. According to a superstitious belief that lingered among the Maltese up until the end of the 19th Century. Any person born on Christmas Eve was transformed into a ghost called "il-GawGaw". On that specific night, in the form of a "Gawgaw", they wandered about frightening people. Children were told that if they misbehaved, the "Gawgaw" would kidnap them and take them far far away to a distant land, where they would die of hunger and loneliness.Towards dawn the persons transformed in a "Gawgaw" returned home exhausted. By the time they woke up in the morning they would have resumed their human form, quite unaware of their nocturnal peregrinations. The remedy against this transformation consisted of inducing the sufferer to sit up all night and to count the holes of a sieve from eleven o' clock at night to the following Christmas morning.
Lost City of Atlantis 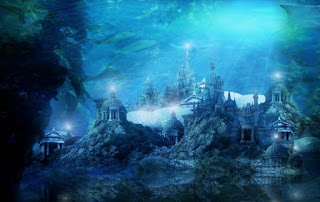 However my favourite legend is the one that states how Malta may just be the true location for Atlantis. Malta has incredible ancient structures that are now dated as over 9000 years old and are said by orthodox archaeologists to potentially be the oldest stone ruins in the world. Malta once had huge animals like elephants. This shows evidence of having been destroyed in a huge cataclysmic wave. Author Joseph Ellul and others have proposed that Malta was part of a great civilization of the past, possibly Atlantis. Malta was probably connected to other parts of the Mediterranean when a huge wave from the Atlantic filled the Mediterranean. The island is far too small now to have been Atlantis, but it shows that the Mediterranean was a very different place 12,000 years ago.