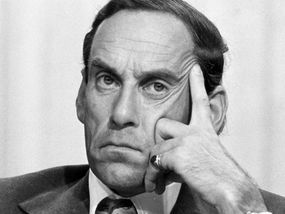 The death of Jeremy Thorpe two years ago today has had the effect of making me reflect on that political period of the late 70`s. . Whatever can be said about Thorpe does not take away from the fact he understood pro-to-environmentalism, called for the bombing of Rhodesia and thought in challenging ways. He was a long way from the bland Liberal Democrats of today and the blandness of Tim Farron.
In 1977 I had just been elected Chairperson of the Welsh Young Liberals. It was a difficult election I had begun as the outsider and was facing two other candidates . I stood on a Libertarian Socialist platform bad my main rival was a traditional Liberal from Cardigan and another centerist candidate from Cardiff.
Leighton Andrews our  former minister of Education in Wales pushed the Bangor delegation my way and I narrowly won.

I think of other events of the 70`s. Peter Hain`s aquittal on a bank robbery charge in 1975 at that time we believed that the South African Secret Service was seeking to destroy the old Liberal party to make Tory victory certain at the next election. We believed the same thing about the Thorpe allegations and some hints from Harold Wilson’s reflections made us more suspicious of intelligence plots. Then I remember a TV programme about infiltration of the Stop the 70`s tour by police and intelligence services. And now nearly three years short of my 60th birthday I still reflect on this role of the state in disrupting the radicals. 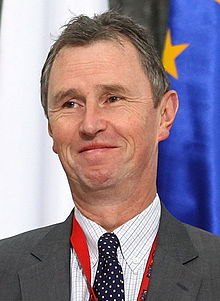 Even Fred Fitton of the SWP had spent a sort time as Young Liberal at the time of Louis Eaks chairperson ship of the Young Liberals. I would like to wish Fred good luck for the future as he prepares to leave Swansea 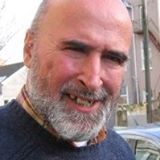 I remember Dai Griffith s beating the future former Deputy Speaker Nigel Evans to become President of Swansea Students union. I remember a book written by Peter Hain called “ Radical Regeneration” in it he condemns Labour as a hack party. Having lived in in his constituency for three years I realise that he was he describing the Neath Labour party and I wonder if late at night he reflects upon that. In chapters 4 and 5 he describes the need for a realignment of the left and the formation of a new political ,movement. Looking back nearly fourty years I realise that the time has come to see those principles in the .modern Green Party and within elements of the Corbyn Labour party. Take a look Peter Hain you will be surprised remind yourself of the words you once wrote.. For me perhaps it is the dark December mornings at the time of the Crone....that leads me to speculate.........perhaps it is the blandness I see around me....

Trump, Farage, Nuttal, the bullying tones on the right, the prejudice and hatred unleashed. The growth of homophobic prejudice, the closing of the mind, the process by which education was about docility and not thought...rich and disturbing speculations at the dark of the year.....look at the distain for the progressives in the debate I had with Benjamin Mackenzie back in September and be alarmed..we live in those dark times