From the lefts first fever to the rights plague..Political emantiodromia........

One year on...and the tables are turned. Looking back to the days of early July of last year it seemed as if the right was triumphant. The Thatcher revolution was to roll on, the parliamentary Labour party was in revolt and UKIP was triumphant. As the months went by to November Trump was elected President, Leonard Cohen and Castro both died and the march of the free market seemed to be about to sweep us all away. We were st he end of history, the tools of prediction no longer were valid, accurate or of any use in a new paradigm of the populist right.

But then odd things began to happen. Some of us sensed a change in the wind, the political tides of the left once spent seemed to gain in strength. The irony was that the neoliberal agenda that had isolated so many, now rapidly turned in such an acute angle that was so sharp that it cut the throat of the purveyors of Brexit and all that came with it. The paradigm shift turned rapidly into a Gramscian earth quake unrecognized by many and yet the crisis of hegemony was so subtle that few perceived its strength and purpose.

Another media had emerged and few noticed that now two discourses were active : one was conventional and connected to the daily right wing press of the Mail, the Express and the Sun and the other that had first been glimpsed during the Scottish referendum had been seen in Trumps victory and the Brexit referendum as a right wing tide was false.. Yet it was more than what it seemed.....it was as though the specters of the right once embraced by large sections of people had been seen to be false like wisps of fog and the reality dawned on the many that had been left behind by globalization and the parties of liberal democracy. In very early May I wrote a speculative piece about how Jeremy Corbyn took the Labour vote up to 37% and created a hung parliament. As we watched on election night as the prediction came partly true, I smiled to myself and wondered what would happen next.

Carl Jung the Depth Psychologist coined the term enantiodromia which literally means changing from one thing to its opposite. As I write this piece in early July I notice that Labour now has a 6% lead in the opinion polls. The Tory party no longer knows what to do or what to say. It wants power that much is clear and it wants to stay there at any cost. It will support any policy that will keep it there, it will sell its soul to the DUP to do so. Yet within its heart it knows that it is dying. The conspirators are surrounding May. Boris Johnson calls for the end of the Public Pay cap and of austerity and Gove flirts with ideas of ending live animal exports The alt right with its Anders Brevik pony tails and its fake Oxford scarves and their cigarettes , look confused and lash out at any one challenging them. They even forget that the term"libertarain" is an adjective and not a noun.

The tone has changed on social media, This time last years the trolls swirled around people like myself and now we see the trolls weeping under their bridges. They cry out that the left are so dominant. And yet every troll shaking under his bridge cries out the same words. They call the left, “tools” and “nut jobs”, they claim ownership of a patriotic working class group yet each one looks the same, sounds the same and uses the same terms. And everyone of them fails to realize what is happening. I have lost count of how many comments from this group are interchangeable from one troll to another. Nothing significant has been said except to hand out abuse at the “snowflakes”. They fail to understand that every snowflake has a different pattern and every troll has the same basic 20 words that they spew out. The alt right fades as quickly as the comet that was Milo Yiannopoulos burns out and fades away. The miserable old Nazgul of the right in he York Question time audience have withered and faded. UKIP seem to be experiencing entryism from the far right. Who could have imagined that instructions have been issued by the Wimbledon tennis organization that no chants of “oh Jeremy Corbyn” were to be heard on Centre court ?. Yesterday I was told by several people that they heard in the Swansea Valley the same chant. Things change......

The chant is merely a symptom of a savage thirst for change and as the current runs strongly on the populist left presaged by Bernie Sanders in the States and by the Green party and others prior to 2015 in the UK. In Holland the Green Left have surged and parties like Podermos and Syrezia belong to the same phenomena.

Thinkers and thereoticians ranging from Varofakis, Picketty and Paul Masson provide an intellectual critique that has been needed for so long. Technological change has made all of this possible, wjile change of the communication form feeds it and the old established positions weaken. We stand here in July 2017 and look at another world where the likes of Neil Kinnock, Gordon Brown, Tony Blair and Nigel Farage, beg the question ...just what is the point of them in this paradigm and place? They have nothing to say about Hillsborough, Grenfell Tower, or the market mechanism, privatization or peace they have nothing to offer or say on any of these events or issues. They are being outsourced and replaced..and yet they still do not know it.

.The issues of a citizens income, new technology and big data clearly shows that the paradigm has been changed and a left agenda with it new ideas, new terms and new approaches are winning in these days of summer that are so reminiscent of the period of the early 70s. The rules have been rewritten, the unintended consequences of Brexit have enabled reform, revolution and revolt to take place. Let us see what happens next......... 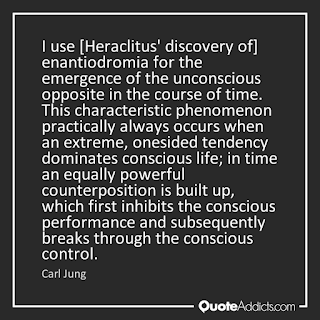