Boris Johnson from the dog days of August to the coming of Fenris. 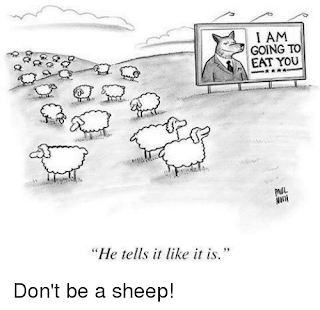 Quickly now the dog days of August turn to the season of the wolf. As Fenris stalks the land a tirade of crude populism spills from the maw of Johnson. It's stop and search, fill the prison and increase the police numbers. Immigrants are demonized and the 'othe:r' stigmatized. Caroline Lucas reveals her blindspit reveals her fantasy middle class white female cabinet. She did not even think of Dawn Butler, Diane Abbot, Rebecca Long-Bailry or Angela Rayner. The dangers I long warned of an obsession with a pure remain alliance lead to centrist policies and the market so beloved of these white middle class women. Those of us ,like myself, who have a private education conditioning and the comfotrable assumptions of a middle class background can often be found guilty of looking for a team just like us. We ignore or unconsciously not notice those who are different but just as worthy.

As the season of the wolf moves towards Halloween we see the Dogs, Sheep and Pigs wake from their summer sleep. The sheep hypnotized by the Brexit Party, fearing Schrodingers immigrants become white working class Tories. The pigs of the large corporations smile in their tax havens and laugh at the sheep. Meanwhile the Wolves prowl around looming for the soft throats of the sheep's transfixed by getting their country back. The call centre awaits the sheep, with the low skilled minimum wages granted by the Pigs. The wolves are clear they do the work of the Pigs. Glance through the Facebook group 'Leavers of Swansea' you see bald headed wolf after wolf with tales of immigrants and snowflakes. Of threat after threat. Who tell tales of veterans at risk from lefties and Muslims. These are the Wolves of the far right. Like the industrialists of Weimar who used the Nazis to destroy the socialists and the unions we see far more than an echo of history. I warn the Pigs that in Weimar the Wolves eat the Pigs too.

The days come down to this as the sands of time head down to November 1. A vast electoral bribe is being planned and enacted. These bribes and emotive language play out and we begin to wonder if the 1980s are returning. As the Wolves prowl, the Pigs stuff their bellies and the sheep transfixed by tbe Etonian Trump do not see the approaching knives of the slaughter house. This is a right wing animal farm, an illustration of Pink Floyd's album Animals and millions head to the whirling knives of right wing populism. The issue now is that Corbyn and Labour must win the alternative is unthinkable. You have it wrong Caroline Lucas and Jo Swinson there is no middle ground anymore. Caroline, you read the excellent blog piece Bright Green on Sunday you know the risks There are no longer remainers and leavers. It's far far more than than that now . If Corbyn does not win becomes my fear because I see the approaching hurricane and hear the howl of the wolves. Fenris with a mop of blonde hair is coming.. 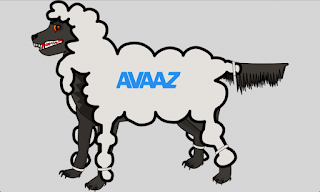