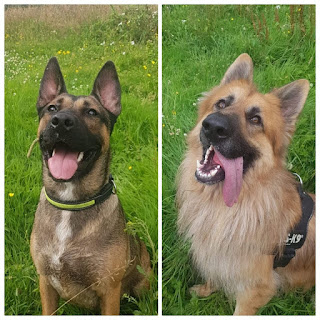 he Welsh social conservstives of a wet Thermidor.. As August unfurls it becomes time to trace out trends of social conservatism in Wales. My dire Wolves tell me of candidates loyal to Neil McEvoy standing for key positions within Plaid. It may be that they are effectively seeking a Cardiff West Plaid take over of the party. My chief wolf suggested to me that this may be an alternative approach to bringing Prince Neil back from exile. Of course a Plaid conference this year to be held in Swansea may never take place if a no confidence motion brings down the Johnson government. If it does go ahead many of Prince Niels allies from Gower Plaid will be able to line up behind their hero. I note with interest that many of the social conservative tendency within the Wales National Movement are now using the same language of criticism once aimed at Leanne Wood redirected at Adam Price.
I further more that the McEvoy Praetorian guard are now openly using the jargon of the alt right. The fragrant Anne Greagsby and that bitter old man Jac o the North use terms like 'SJW" and talk of 'walking left'.. Both Brexit and their opposition to trans rights have been the means by which this right trajectory began and now nears completion. Former Green Party members like Hilary Bidermsn now sound like Steve Bannon. The social conservatism of a couple more allied to social Catholicism have carried another few to Ein Gwlad with its horror of feminism and of a woman's right to choose. There is a clear locally grown current of Welsh Social conservatism. In the election that is to come we shall see more of this process and odd results amongst the areas of Wales.

Odd questions still swirl around. Many of which if written down would have the boys turning up at my place of work . Which prominent Independent Councillor had a major falling out with a former staff member of the UKIP AM and now Brexit Party AM Caroline Jones? One is told it is poor taste to speculate on those modified in the guts of the living locked on their path to Sainthood.
The stories and speculation of the dog days of August do not lessen. Instead they grow and become more virulent. My dire Wolves are everywhere and hear much.. I will keep you posted. .
As we crash towards a no deal Brexit and even conservatives entertain the unthinkable. A former Tory Councillor tells me that he is confident of a Boris Johnson victory ..Yet his eyes reveal more and his face is ashen. Yet other Tories talk in code and similar other stories echo around..cooperation is considered and many odd thinks will occur. In the 16th Century the Protestant Princes cooperated in a campaign with the Ottoman Turks against the Austrian Hapsburg Emperor ...I feel a stance resonance and echo from t hst time is about to happen again. What root for Wales as August moves on. Will we be a naked people once more under an acid rain? An acid rain though this time of our historians says of us now? Fifty years from Woodstock and the battle of the Bogside we are now Eliot's hollow men...what would Gwyn Alf say? Fifty years from the travesty of the Investiture we are Nietzche'x last men..and yes I do mean last men..
Posted by Any Human Heart at 12:18