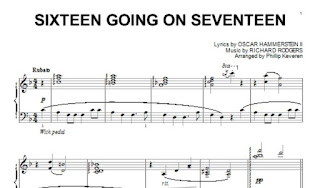 As the rain lashes down the long range weather forecast is for the coldest winter for thirty years. It's an allegory for the darkness of Halloween as we crash towards a crisis of British politics. The Lib Dems show where they really are as the come to an arrangement with one Tories. In every critical moment of the last 120 years the Liberals have entered into an arrangement with the Tories being their colours to the "free market" ...what else would you expect? On welcoming her "funny tinged" recruit on her twitter post she quotes the song from the Sound of Music "sixteen going on seventeen" . I seem to remember that in the film it had a refrain by a young Nazi telling the naive young person that he would look after you.. 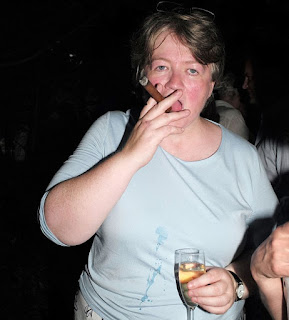 This is Johnson's replacement for Amber Rudd as Work and Pensions Secretary, Thérèse Coffey.
Her appointment means that the UK cabinet now has a majority opposed to equal rights.
Coffey is also in favour of making pensioners pay NI contributions and was one of 72 landlord MPs who voted against rented homes having to be 'fit for human habitation'. She does want Kenny Dalglish to knighted though, so... y'know... priorities!
She's a charmer!

This photo of her was taken at The Spectator's summer party in 2015.

Please tell me am i bring sexist? A rather unfortunate tweet from Jo Swinson celebrating her latest MP. The lyrics are sexist but the reference to 'waiting on an empty stage for fate to turn tbe light on ' most apt as is the line about "men will want to prey on" . ..it's unfortunate but does show the naivety of the Lib Dem leader. Oh and by the way the young man in the film turned out to be a member of the Hitler Youth...the centre gets gobbled up the far right every time...perhaps it is my shadow that made be were of this ..or perhaps a layer of sexism and prejudice that exists in all men.. but then again..or is it my mood on a wet Monday?