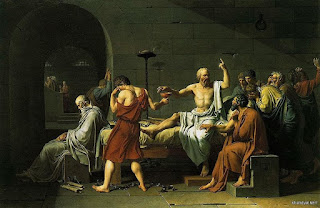 Philosophical counselling is an extension of philosophical consultancy which focuses on outcomes of an emotional or psychological nature. Philosophical counsellors help people in distress or confusion to evaluate their worldviews and reorient their emotional dispositions, without applying diagnostic labels or imposing clinical treatment programmes.
Philosophical counselling can have profound psychological benefits. Counsellors engage in dialogue about personal problems, predicaments and values, addressing the issues of concern in a professional and respectful manner and reflecting on the best ways to act or adjust. Often philosophical progress can alleviate the sources of stress and anxiety more directly than courses of medication or programmes of psychotherapy. For many people, this is a personal breakthrough.

Existential Counselling focuses on the individual's lived experience and examines the nature of their worldviews and the meaning of their emotions, promoting philosophical reflection and a coherent purpose in daily life. It is a humanistic and phenomenological approach to counselling, which encompasses insights and methods from many philosophical paradigms. It takes its name from the nature of the problems it addresses rather than from the Continental doctrines of Existentialism; it is independent of particular philosophical paradigms. For an accessible summary, see Emmy van Deurzen's "What is the Existential Approach?".