Perfidious Albion..time for Republics and a written constitution.... 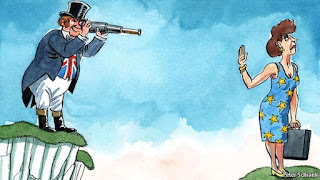 It's time for a Republic and a written constitution. Where we just have precedent and an unwritten constitution we see the true implications of this in the Byzantine nature of UK politics. In a society where wealth and influence is the final means of interpretation, we can no longer continue in this way. The House of Lords, the Public Schools, and the Monarchy are incomparable with an unwritten, hybrid and prejudicial constitution. The unique experience of the first industrial nation with its alliance of feudal aristocracy and plutocracy. Its impossible anymore to sustain the existing paradigm, the anamollies are too great and the contradictions too powerful. A constitutional crisis lays all open and naked. As the first week of September begins, anger grows and it is now no longer about Brexit be it leave or remain . 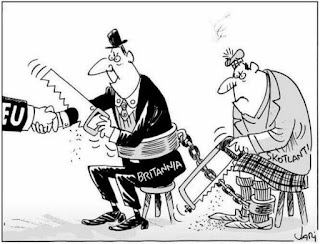 A new politics is being born, a Hegelian synthesis begins or is it a shifting of hegemony?. A peaceful protest ripples through the land, as Labour suggests shifting power from bosses to workers and from landlords to tenants fear grips our rulers. No longer can those who own but do not work control those who work but do not own. A populist left or populist right future is about to be revealed.
This is the week that it begins. We have seven days to understand all the currents that run through the body politics. We are about to see non violent direction of a kind not seen for many years. Occupation of Parliament by the elected and the electors seems likely . It's time to write a constitution, abolish the Monarchy, the House of Lords and the Public schools. It's been 400 years and the British state is cracking. The Union Flag is an anachronism and no longer relevant a new form of government and power is coming that should reflect a grouping of progressive, secular republics made up of the nations that once made up of what was once the class ridden and xenophobic Great Britain. The poisons in the mud bubble up and we all see the demons that lurk within. Toxic beliefs fanned by fear feed the demons and all of us are afraid as the process reaches its height . The legacy of perfidious Albion is seen clearly and starkly as the monster it was and will be . But the monster now is wounded and cornered beware it's last strikes as the danger rises..

Will the populist right manage a form of state capitalism tempered by empiricism and prejudice? Or will it be an eco socialist decentralised future? We are about to find out..in the eye of storm populist I walk through Swansea and sense the chill behind the early Autumn sunshine...
Posted by Any Human Heart at 12:06