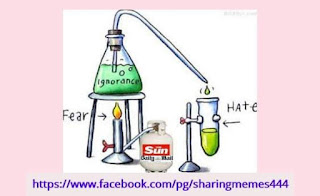 Martyn climbed onto the bus. It was emptied than usual He reflected that since October 2 the numbers had steadily fallen. On this Tuesday morning there was just the driver and a shaven headed men glaring at him. The shaven headed men wore a t shirt and arm bands bearing the letters RSS. Martyn noticed that the last two letters resembled the Germanic double SS of the Nazi organisation. Martyn; always in his own head ignored him and returned to his musings . Martyn often thought of himself as a sort of Tom Baker character. For many it was as a Doctor Who charecter slightly eccentric and academic . For those of his political enemies the Baker character was that of Rasputin in "Nicolas and Alexandria" Martyn realised that perhaps he was at best a melange of both good and bad. Martyn smiles to himself and wondered if his opponents actually knew what a melange was. For Martyn as he glanced at his reflection he simply saw his grandfather looking back.
Waiting at Bridgend Railway station for the 8. 02 Graham noticed the texts in his phone begin to accelerate as his feed filled rapidly. He felt uneasy. Neil noticed the same as the variety of media notifications became legion shaking him roughly awake . He looked at the first message it was from Emma Knight. It said that a gang of white males had taken over the FAN hall claiming they represented an organisation to instill pride in white youth. They had been led by a former football coach originally from Seven Sisters.

Sister Night woke from a dream of a slouching creature moving towards a great city. The beast had on its back carved runes that read 'getting my country back "
In Cwmbrwka Peter Black CBE awoke noticing groups of men bearing tabards with the words RSS upon them. Like most liberals he thought of Voltaire and looked the other way. Robert Francis wasc rudely awoken from dreams of Jo Swindleson as world ruler. He looked out of his window and saw the same figures that Peter noticed. He also observed that the gangs were knocking on doors searching for deviants and lefties. Thinking no more of it he headed to work . But he could not shake of the sense of unease that he felt.

Peter Nash having his breakfast too felt uneasy . His unwavering faith in Brexit was being rattled . Each day he noticed the growing racism and intolerance exhibited by the followers of Brexit. It troubled him but he comforted himself poorly by justifying to himself that the far left was just as bad.
Dr Danielle and Nick laboured on, cleaning up the prejudice streaming towards them in a rising torrent. Robert Miller still slept on and Roy awoke dreaming of Biggles and dogs of racist names. Charles Wally-Williams collected his note book and mused of soldiers and their ancestry . He thought of the red and the white poppy but had no thoughts of the military obsessions and fascist ideologies that led to the soldier"s deaths.
Each character on this cold but bright October morning lapsed back into their own stream of consciousness . Martyn found himself hearing the lyrics from sixties pop songs . They came from his memory and were created by the topic of his lecture that morning. Graham lapsed into Lovecraftian stories of monstrous creatures holding rallies in underground caverns. He started from his thoughts when he noticed the 'Old Ones" wearing arm bands with the letters RSS up in them.
Martyn awoke from his humming of ' a whiter shade of pale" to hear a curious sound coming from the back of the bus. The shaven headed men exhibited a sound like a thin bat shriek of horror. Martyn heard him whispering into a phone " He is on the bus, we will take him into custody at the Morriston road block in Woodfield Street " . Martyn heard a voice saying rudely " you idiot that X6 goes down the by pass at this time . We have missed him"

The sound of the bat squeak continued . It was a mixture of premature ejaculation and impotency.
On his phone Graham noticed that the music on Radio 4 that had interrupted the news programme resembled that of the last night of the proms crossed with a Brexit Party rally. He switched off his phone in disgust.

The X6 neared Swansea Railway station and Martyn noticed armed police. He was shaken out of speculations on how the far right so 'secure" in its knowledge of country, masculinity and race always put up pictures of their "significant other" upon their timeline almost as a proof of attractiveness and denial of ontological insecurity.

The bus took Martyn down Orchard syreet to his bus stop on the Kingsway. Coming towards him he saw a group of Momentum activists . He was told that his Clinic in Walters Road had been surrounded by vigilantes . "You have to find a place of refuge" they said. Martyn headed with them towards the town centre. As they moved quickly they heard the singing of "Jerusalem" . The odd thing was that the chorus singers knew very few of the words and made up the rest. As Martyn and the activists turned into Union Street they ran into Phil Knight and a group of the SWP . Phil shouted out "quick this way" it's no longer safe here"... looking down Union Street he saw a familiar van and James Polaris Harris looking at them... to be continued