October 2018...reflections on the Political Psyche while on a bus journey. 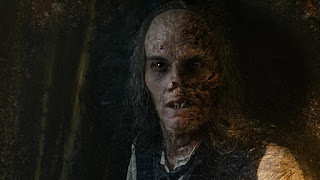 October 2018...reflections on the Political Psyche while on a bus journey...As Piers Morgan rants about Men seen wearing baby cariers and Universal Credit is put off once again . As reports of poverty increases, as the level rent debt inreases and food banks see a dramatic increase in demand. The government stuck between the DUP and tbe ERG pray for the intervention of Frank Field, Kate Hoey and the Blairite rump . We hear that hate crime reaches new heights in Wales..of course it will be predictable that many will deny it. Yet I can tell you that those who deny will be overwhelmingly male, straight and white. Yet the poir dabs will be suffering from a personality disorder called White Fragility . Of course they won't get it because they are not black, they are not LGBT and not female. They won't see it because they don't experience it, they may be ontoligically insecure and it's very likely they are bluekippers of varying forms. They may know a few LGBT people, a few Muslim or others, they may know an abuse victim but to them the problem will be the others they don't know or they will accept what others told them or they read about in the right wing press. The difficulty will always be the sheer impossibility of seeing another perspective or experience.

Its not easy I know .I am white, middle class and male. It's taken me sixty years to challenge my assumptions and prejudices. I shudder at my past beliefs and assumptions.i feel ashamed at my ignorance so often revealed to myself and to others. The hardest perhaps has been the recognition of my disability . It's hard to accept your role as a partially sighted person. Even when you tell someone of sight issues they will forget and point out things to you and ask you to read something or find something. They may even feel that you don't see them on purpose or it is an excuse.

We know that even though the spike of hate crime post Brexit has steadied. Yet the proportion of hate crime generated by it has blossomed and those of different faiths or identities still feel a great hatred aimed at them. The irony is that those of the far right stoking this hatred all largely look the same, sound the same and abuse in the same way. The bald men, chanting the hate words and Shari g the same assumptions accuse their victims of all being the same. It is Freud's classic projection. It is the inverse of the Portrait of Dorian Grey ..when they look into the mirror of Fascism they see something beautiful looking back. Yet while the picture remains beautiful to the beholder the lines of their face and shiny heads age, wrinkle and transform into the Swastica and the bundles of the Fasces. This facial dysmorphic disorder is unknown to them and the ugliness they see and feel is within themselves. Yet they are ignorant and unknowing and on Brexit Isle the numbers grow and as we near Samhain they stare into the abyss and the monsters stare back, possessing them entirely while they are transfixed by the beauty of the 'fascist' delusion. ..and the rest of shudder at what we see...and of the 94,000 incidents each has its own mirror.
Posted by Any Human Heart at 12:47