You have an obsession with what you call the far right. If you put yourself in the firing line then you surely must realise that you will receive comebacks" 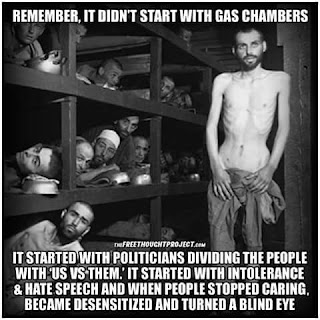 .You have an obsession with what you call the far right. If you put yourself in the firing line then you surely must realise that you will receive comebacks"

So said someone to me yesterday.. what is it about the centre right that the minute you defend democracy and criticise the fascists then it becomes 'your problem" what is it with them? . I thought of Sophie Scholl. Then I began to wonder about just about how many centre right people turned the other way in Germany as the Jews and the Gypsies were marched away. I know many did not but many did. I read the insults from the " 'libertarians" who call us libtards and tools..yet when you ask them to say if their belief in "freespeech' means that Nazi's have the freedom to march through Jewish areas and promote the Holacaust then thet are silent and run away. I guess we know what they would do and I wonder at times what I would do in a Nazi state if those I loved were at risk I am not physically strong but my mind is powerful and I guess I would do the same as I do now. I would use subterfuge and covert methods.. we all must resist in whatever we we can to preserve diversity difference and the sheer wonder of the human condition. Those who do not are dieing in another way and perhaps have never been alive..turning away from events is a cop out and refusal to realky live.Sophie Scholl paid the supreme price ...and when I see the idiots of the 'libertarians' sneer at the left and the progressives I smell the stench of their souls.. 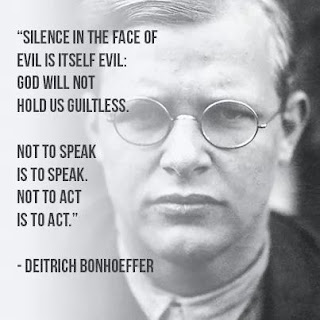 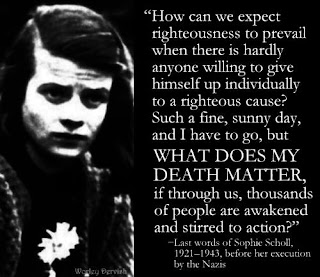 Sophie Scholl, one of Germany’s most famous anti-Nazi heroes, formed a non-violent, anti-Nazi resistance group called the White Rose along with her brother, Hans, and several friends as a university student in Munich. The group ran a leaflet and graffiti campaign calling on their fellow Germans to resist Hitler's regime.
Born in 1921, Scholl became involved in resistance organizing after learning of the mass killings of Jews and reading an anti-Nazi sermon by Clemens August Graf von Galen, the Roman Catholic Bishop of Münster. She was deeply moved by the "theology of conscience" and declared, "Somebody, after all, had to make a start. What we wrote and said is also believed by many others. They just don't dare express themselves as we did."
In 1943, Scholl and the other members of the White Rose were arrested by the Gestapo for distributing leaflets at the University of Munich and taken to Stadelheim Prison. After a short trial on February 22, 1943, Scholl, her brother Hans and their friend Christop Probst, all pictured here, were found guilty of treason and sentenced to death.
At her execution only a few hours later, Scholl made this final statement: "How can we expect righteousness to prevail when there is hardly anyone willing to give himself up individually to a righteous cause. Such a fine, sunny day, and I have to go, but what does my death matter, if through us thousands of people are awakened and stirred to action?"
Following the deaths of the White Rose's leaders, their final leaflet was smuggled to England. In mid-1943, Allied Forces dropped millions of copies of the "Manifesto of the Students of Munich" over Germany. Scholl is now honored as one of the great German heroes who actively opposed the Nazi regime. 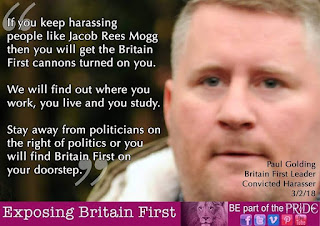 For an excellent film about Scholl's incredible story, we highly recommend the Oscar-nominated "Sophie Scholl – The Final Days." The film, recommended for viewers 13 and up, is an excellent way to introduce teens to the bravery and perseverance of those who resisted the Nazi regime. Learn more at http://www.amightygirl.com/sophie-scholl-the-final-days -- or stream it instantly on Amazon at http://amzn.to/1uhdaIq
For two books for adult readers about Sophie Scholl and the White Rose, check out "Sophie Scholl and the White Rose" (http://amzn.to/1pEAtXb) and "The White Rose: Munich, 1942-1943" (http://amzn.to/1jnUEZu).
Posted by Any Human Heart at 13:00