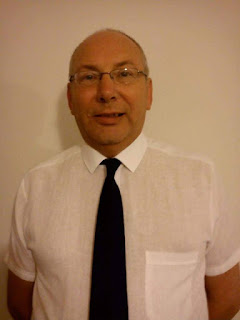 Yesterday afternoon I noticed pictures from the DFLA March. My friend Paul Lloyd had published on his page pictures of local Swansea Fascists on the march. I too copied the puctures and shared them widely. On Port Talbot Debate and Argue one character began to lay into me. When challenged the individual concerned alleged that I was I to hate and was forcing people to the political right. He claimed to work in the community working with the victims of abuse. I continued the challenge and then his two mates began using the usual ad hominem arguments so beloved of so many on the page. They always go on about free speech but then you ask them should Nazis be given the right to "freely" advocate the Holacaust they return to abuse and the tedious ad hominem prattle. He had two friends with him engaged in this tirade so freeing him and his lynch mob cronies I blocked the tedious trio..however I held in mind his claim to work with the community in opposing abuse..

I head from Paul Lloyd a few minutes later. He had been having abusive calls and messages. The authors of this abuse claimed that they too "worked in the community" dealing with and helping the victims of abuse They called Paul a "Nonce" and claimed that only Muslims groomed children. The agenda was clear. It's interesting to reflect that a certain section if the Far Right are getting into "good works" they feed the homeless but only bring pork, they interact with the "outing of paedophiles" as long they are of brown coloured skins" .They take a leaf out of the book of Tommy Robinson culture. 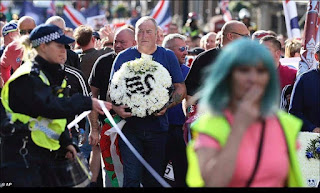 .
A hard right sub culture is finding a niche in working class culture and are using organisations like the DFLA to do it. In the social milleau of Brexit Britain the whiff  of Weimar becomes a stench. I too await the phone calls.. anyway it's Monday enjoy your day. . 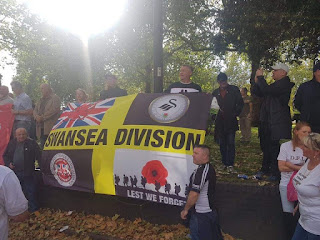