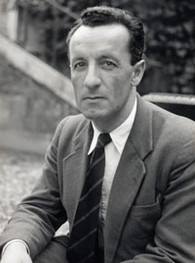 "Objective thought, as applied to the universe and not to phenomena, knows only alternative notions; starting from actual experience, it defines pure concepts which are mutually exclusive: the notion of *extension*, which is that of an absolute externality of one part to another, and the notion of *thought* which is that of a being wrapped up in himself; the notion of the vocal *sign* as a physical phenomenon arbitrarily linked to certain thoughts, and that of *meaning* as a thought entirely clear to itself; the notion of *cause* as a determining factor external to its effect, and that of *reason* as a law of intrinsic constitution of the phenomenon. Now, as we have seen, the perception of our own body and the perception of external things provide an example of *non-positing* consciousness, that is, of consciousness not in possession of fully determinate objects, that of a *logic lived through* which cannot account for itself, and that of an *immanent meaning* which is not clear to itself and becomes fully aware of itself only through experiencing certain natural signs. These phenomena cannot be assimilated by objective thought..."


—Maurice Merleau-Ponty, from_Phenomenology of Perception_. Translated by Colin Smith, p. 57
Posted by Any Human Heart at 12:50