The Left`s prejudice...seeing sport as the Opium of the people 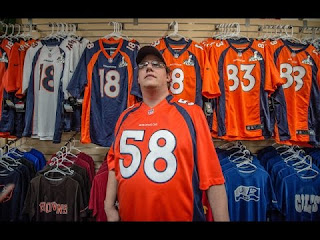 Over the last 35 years I have often heard the view that organised sport was the new "opium of the people" designed to keep the masses docile and to distract people away from the real issues. I thought of a very different tradition in South America, where the left organised on the terraces, where Che Guevera played Rugby and wrote a sports column in a newspaper, where the French Philoxpher Albert Camus was a keen footballer and a lover of the sun.
I remember some ten years ago we in Swansea Green Party celebrated and congratulated Swansea on the erection of the statue of John Charles, the prominent sportsfigure of the area. I remember getting more positive comments about that one press story than any other story we had publushed that year. People congratulated the party on understanding the significance of John Charles. At the next Green Party meeting I was criticised by a former member of the party for daring to wade into such a minor issue. Some weeks ago I published a Green Dragon story on Welsh sporting success on a local party web site and got told off once more. I really think that sport is a blind spot for the Left and for Ecosocialists in general. Perhaps its because we were once the serious ones, who were useless at team games, or like me because my sight was lousy.....I dont know....perhaps we consider ourselves above it all. I do know those who celebrate great works of literature often forget that in Elizabethan England all classes and people attended the plays of Shajespeare and the like. Perhaps we experience a major disconnect between high culture and popular culture.?

Its no accident that Maradona has a tattoo of Che Guevera, its no accident that in the 1970's the far right recruited on the teraces of the football match.Organised sport would enable criticism by us to be made of the corporationsthat the premier league is, the facts that ma y ordinary people can no longer afford to watch Rugby or Football live, to expose the schemes of Rupert Murdoch and his ilk.I wonder if we could appreciate this. 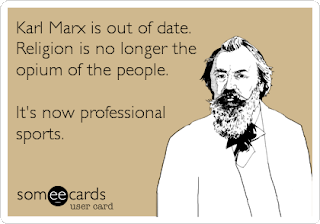 Then there is the subtext that we could comment on. As an exile returning to Wales I had foregotten that Rugby was the sport of ordinary Welsh people, it England Rugby is the game of the Public Schools and the Old Grammar schools, of the English ruling class.Thats why its great to see England humiliated by a subject nation and a former colonial state.Its the return of the repressed, its a collapse of the corporate campaign of the English brand, tied to big business, the denial of the role of ordinary people in sport.

There is a major role for the left to be involved in sport it would enable us to ask questions on the role of sport in promoting notions of gender and sexuality and of power. Womens football and Rugby has far to go in acheiving parity with that of men. The obscene payments made to Premier League players illustrates inequality of income, the attitude to gay players is shocking paticularly in the Premier League.

We fail to understand Sport ion the left, yet fitness, health and self confidence is the key to empowerment and self realisation. Sport deserves to be an area the left can get its ideas across in. Change begins when popular culture is understood and sneered at. We need to grasp this point to began real engagement. Even the popular culture of the Big Brother house teaches us much about political power and group psychology. I make a plea for us to understand and act.
Some months ago we were in a taxi chatting about politics to the driver. His analysis was radical and left wing but he hated politicians. He wasclearly on the left but did not see it this way at all.Sport offers a way to reconnect, to learn the ĺanguage, to connect popular culture and high culture and to stop us all within the left appearing smug, condescending and to realise the smug condescending attitude we have comes from is our own individual psycholgy......
Posted by Any Human Heart at 12:37