Trump, Hegel and the future

Trump and the future 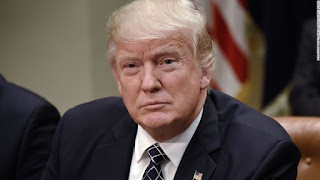 I hear a an interview with a writer from America talking about the Trump Presidency. The writers book is called "We were in power for eight years" by Tanerashi Coates it talks about the nature of Trumps outlook contributed to the march of white supremacists in Charlottesville and the tragedy that resulted from it

He correctly points out that a black President or candidate who talked about women like Trumps would have been driven from power or out of the election. However he points out that it is quite possible for someone who is African American or Latino to be elected in 2020. He went on to say slavery was only abolished because of an external threat to the USA that of session by the southern states. I thought of the FDR response to the great crash of 1929...perhaps an external crisis will make the USA change once more . Perhaps the embarrassment of a Trump Presidency will be sufficient . The American constitution is out of date . Hilary Clinton won the popular vote but lost the electoral college.


California has the same number of Senators as does Maine. Population size does not mean anything. In an election with proportional votes Trump would have lost. The American Constitution is a product of the late 18th century. It predates the Madison v Jefferson debate on commercialism/industrialism vetsus the ownership of land and agriculture. The myth of the founding fathers and the nature of their constitution has made a Trump Presidency possible. In fearing a new George the Third they have provided the means by which a post modern proto Fascist called Donald the First to be elected....2020 can not come quickly enough...we know Trumps victory has stimulated political activity and membership on the American progressive wing...let us see the Trump victory as a Hegelian moment...