The far right ghosts and demons of Halloween.. .Friday Thoughts..

The far right ghosts and demons of Halloween.. .Friday Thoughts.. 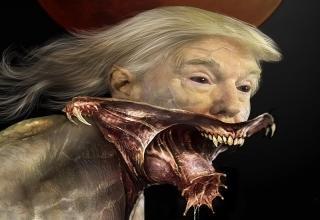 Last night I posted a story about the arrest of 11 members of National Action a neo Nazi for links with terrorism and of being a prescribed organisation. A man with a shaven head tells me that while he does not condone their actions that they are bullied just like the idiots in Momentum. Over the last week he told me that that clunate change is over stressed; that TRUMP is keeping his promises and that the Tories can be the only party trusted on Brexit. I look at his profile and I see union jacks everywhere. I spot a post calling on us all to back British interests.. I spot a tone of Britain First.. .I see hard eyes and brutal engagement with the world. I block him and feel so much better...

Yet there are many out there. The poison of TRUMP has infected so many souls. Equivalence has caught hold. Too many think their position is non piticsl and yet it starts with axioms of the right. This us the age of the low information voter. Nothing is believed. No expertise is accepted. The layman who does not know is valued over the "sniwflake".who does. Ignorance and unknowing is valued because they believe it. Common sense of real life is not a statistical average ..tbey are commands from heaven. Farage; TRUMP Lepen personify this outlook and their can be no compromise with it. People argue that the Football Lads Alliance is a wonderful uprush of popular views and yet the left are bullied. As the Lads march and chant.agsinst Diane Abbot they reach crescendo as they want their country back. They don't chant about the far right or Thomas Mier or Anders Brevik . They chant about those who are black and brown in face. They are not political they say but the stench of Weimar the SA and the SS hang around them. This is s new morphing of the EDL into the pretence of the "lads". And yet their are many lads out there and I have just blocked one of them . Their are many lads out there with low information and the psraphaalia and tone of post modern fascism.Trump Farage and others have summoned the demons of a neo fascist hell and possessions are occurring everywhere. These are the dark forces that are swirling around us at Halloween. We need a mass organisation of progressive political exorcists ...and we need them now.. it's getting late and the darkness is growing and possessing a lot of people.... 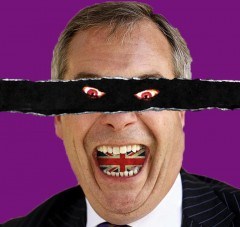 I am the Old Pagan at Samhain. In the growing autumn twilight. Dark things stir. Trump is im power. The hatred and vilification of refugees, stirs, grows and develops,Many people in South Wales no longer recognise the migrants as people. They are described as skill less , no lo use for us here. They do not see themselves looking out of the migrants eyes. They do not see them selves in those eyes. They do not understand that all of us would look like that if we had travelled hundreds of miles from a bombed out Melin , Tonna and Pontardawe. Many claiming that they have a Christian outlook no longer remember that the holy Family in the Gospel of Matthew were refugees fleeing from Herod,


We have become darker, less caring. We do not remember the old Myths. That the old bent man with a staff was Odin testing our compassion. I think of the East European Church where its pastor dressed and disguised as a tramp was driven away by the Christian Souls of his church.
I realise that the Daily mail now and the daily mail of 1900m and indeed that of the 1930s sound the same. The claims about false refugees then and now. There is a brutal spirit in the land its followers worship at the shrine of I, Me and Mine. What will Dicken`s ghosts of Christmas past, present and Future show us, at the Solstice and at the festival of Christmas.

The few dark weeks between now at the time of the Crone show what we look like . There is no picture of Dorian Grey hidden in the attic. We see our images in the comments on Facebook, in the face of Katie Hopkins and on the front page of the mail and the Express. This is the dark time of the year yet many dent the darkness within, edits and manipulates our history to hide that shadows of the past...and in that denial that repression the monsters grow and squirm as hatred, intolerance and ignorance mocks and masks all that is thoughtful, considered . gentle and inclusive.
Margaret Thatchers dictum that there is no such thing as society has been born and is “slouching it way to Bethlehem” and we are sick at heart. They do not remember that the ugliest thing is a person with no compassion. The oppressor moves on, seperating us from others who suffers as we do and projects the broken, spoiled and distorted image on those who are different. The Crone is amonst us and she will reveal the secrets of all hearts.
Posted by Any Human Heart at 12:25