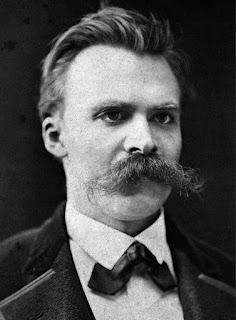 Its nearly two years since my blog "All Too Human" began. Its been an interesting one. Readership of the blog has nearly reached 400,000 . Its been two years of revelations and discovery. I look forward to the years ahead. I feel changes occurring both in myself and in the society and political culture all around me. There is fear and loathing acting on all of us. Today as I write we are just short of a year from the anniversary of the American Presidential election, The corrosive forces that run through post Brexit Britain are stirring in the the USA, In the UK post modern politics obscures direction and Zeitgeist. Here is what I wrote last year. For those who dont know me for those who think they do I urge you to reread them. For those who know me I quote the words of Leonard Cohen.......”“Here's to the few who forgive what you do, and the fewer who don't even care”
So here are the words written two years ago..

“My story is controversial and many will think that they know all about me, what has happened to me , what I am like and what the true nature of my personality is. There is much to read if you glance around the internet, talk to my friends, my detractors and my political foes. So between now and January I want to explain about the ideas that have kept me sane
Some ten years ago, I got divorced, went through bankruptcy , went through a dramatic decline in my material life and went from owning three houses to zero. My life mirrored the national Economy and out of the wreck stepped a new self, and just when I least expected it I met someone and formed a relationship that has been more significant than any other . It was the lightening bolt that to quote “brought out the best and the worst I could be”

I have long believed that while scientific knowledge is very useful and while despite this utility, it does not produce the most important kind of Knowledge. While we benefit from knowledge about atoms, radio waves , this information did not help me understand my human concerns. Perhaps it was Edmund Husserl who helped me understand this, who helped me consider myself a phenomenologist. I grasped that the “experiencing of” rather than the thing being experienced or on myself as a person having the experience. This “experiencing of “ created a new form of knowledge for myself that was unthinkable to science. Husserl rescued for me everyday experiences from the reductive limitations of Science and taught me a new and radical method of finding knowledge. This approach inspired me in many ways and I began to search amongst the many thinkers who felt that the scientific approach to the world was impoverished and partial. It was at this point I started reading Neitzche, Heidegger and Sartre.

Heidegger taught me that science was impoverished and that the entire Philosophical tradition was misdirected. To him, we must return to the fundamental mystery of existence Ever since Plato philosophers have been asking questions about the world – they have overlooked its most important fact. Namely that the world exists. They did not ask the question What is, is?.
Philosophers have said the following things, the world is made of our mental structures, the world is a phenomenon of our experience, the world is made of chaos and power, the world is a copy of a perfect realm, the world is the creation of God and finally that the world is a mathematical harmony.
I realised trying to read Heidegger that before anything else, any knowledge, any event or thing the world exists. Before any human centred Philosophy can understand our global problems we must challenge the the historical-philosophical prejudice of Descartes.. “I think therefore I am”.
I saw that Descartes “thinking thing” symbolise all the metaphors we use to think about ourselves as individuals notions such as the soul, the self, the agent and the individual. This all gives rise to an egotistical way of thinking. By looking at ourselves as some sort of thinking thing we implicitly place ourself, both individually and collectively at the centre of the world. To put it bluntly I realised that we were saying everything exists for us. Or perhaps one type of being, a human being, believes that all of being exists for it. 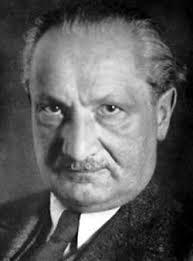 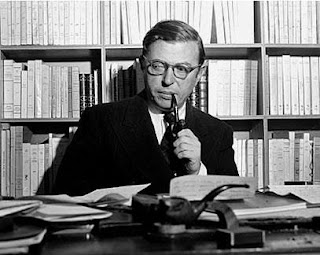 Rather than recognising our place within the world , our status as being one being amongst all other beings, we have turned the world into something that exists for and not existence because of the thinking thing we are. Lets call it technology. I inverted Descartes “I am therefore I think” . I became a Green activist.”I know I was an ecosocialist
As I climb onto the T6 this morning I reflect on these events. I smile and so sigh. I find myself living in Ystradgynlais. I reflect that over the nearly 60 years of my life that I have lived in nearly 25 different places. I smile and draw myself up for the next 60....the light grows as the bus roars towards Crynant common. And I smile broader still as I think of meeting my son Morgan son...
Posted by Any Human Heart at 12:37