I wrote this story nearly six months ago, I have brought it up to date to reflect the historical vote looming tomorrow....“ 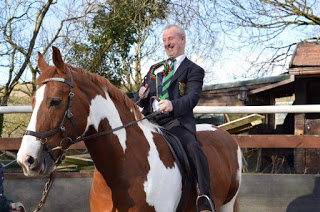 A warning of the future

It's early February 2019 and as we near polling day the latest polls give Jeremy Corbyn's Labour Party 43%. Seven weeks ago the May government collapsed as her Chequers plan collapsed  on December 11th . There were queues stretching back miles on both sides of the Channel. Panic buying had broken out and the supermarkets began to empty. The DUP angry at May’s deal brought down the government in the No Confidence debate of December 17th. Ex pats in Europe of a certain age panicked by the inability to get their pensions rioted throughout Spain and many headed back to the UK causing vast economic migrant camps in northern France. A breakout from the Tory Party led by Jacob Rees Mogg formed a National Renewal Party. The polls showed it running at nearly 25% in the latest polls. The patriotic Labour Party formed by a Blairite clique led by Stefano Kinnocio and in alliance with the Liberal Democrats was at 20%. The pro-European Tory remnants was at 10%.

A familiar figure of Tommy Robinson was often seen with his acolytes protecting Jacob Rees Mogg as the election developed. In Neath the National Renewal Party selected Barren Biccoles as their candidate protected by elements of the EDL under his security advisor Biggy Higman. It was clear that the remnants of UKIP funded by alt right money smuggled in by Baron Tanks had created with the EDL a far right party.

It was clear that the polls would give Labour over 400 seats. Social media had become a place of vicious warfare. The Trolls swarming around the National Renewal Party and their bodyguards had broken windows and shouted abuse at those of other races. Couples who were not of the same ethnic background were spat at. Both Rees Mogg and Tommy Robinson said it was nothing to do with them. Yet on social media words such as "leftard" and "libtard" were used against the left and the progressives. In fact Barren had selectively removed such terms from his blog the "Bayman". Yet Biggy Higman and his boys had no such "scruples" and shouted them regularly at well-known left wingers as they walked through Neath.

Steve Bannon had been seen regularly at meetings with Gerard natton, Robinson and Rees Mogg. Channel 4 news found a document written by Bannon on how a National Renewal Party opposition could resist a Labour government. It talked of a march on London calling for a renewal of faith, morality and freedom. Well known left wingers it mentioned had had dossiers prepared on them. And screen shots of debates and discussion had been found with the document.

A list of names with military backgrounds had been found and reports of the homeless in areas like Neath had been moved on and out of the town by supporters and street warriors of the National Renewal Party. They said they were cleaning up the area for ordinary decent people who just happened to be supporters of their aims and who were white and socially conservative.
It was the Tuesday before polling as Edmond Salisbury caught the T6 from Ystradgynlais bus station His usual X6 had been cancelled because of Britain first riots in Godre Graig.  Ystradgynlais was covered in Labour posters but here and there a few National Renewal Party posters could be seen. Edmond was thinking about his day ahead. He had a Philosophy course to teach; a benefit tribunal and a couple of clients to deal with that day. As the bus sped along Station and turned towards Crynant, Edmond's phone rang. He saw it was a call from Neil Falstaff. He simply said " Get off the bus Edmond don't go through Neath".. then there was silence as the sound of Neil's door being kicked in muted his words...


The horror at Crynant and the Councillor on a pale horse

Before Edmond could think the bus swerved and came to a halt. Edmond anxiously looked ahead of the bus. He saw a man on horseback directly in front of the bus Around him like an army of right wing orcs lurked a motley crew of bald headed men and others dressed in fatigues resembling the Hitler Youth. On the sleeve of the horseman there appeared a badge emblazoned with the legend "Seven Sister's Security" Beneath it were the letters 'SSS'
With a start Edmond realised it was Councillor Stephen Chris Bunt.  He was well known Trump like figure with a thin skin and a large ego. As long as he was liked you were acceptable if you did not then his venom was eternal.

With him was Robert Miller, Paul Bovs and Dai Hawkins from the Facebook group ' "Port Talbot racist and rave".  Edmond also noticed with them a familiar Anders Brevik pony tail in the shape of Benjamin Mussolini Mcavenzi author of the Alt Right blog ' 'The 'Birkean'. A pompous and officious voice rang out from the horseman of reaction. "We are looking for traitors, members of Momentum, and those identified by Jac o’the Deep Right as 'wimmin lefties and greenies.' We are also looking for an international criminal who is a threat to western civilization called Edmond from Glanrhyd he is responsible for almost everything that has gone wrong in the world since the Crucifixion.
Thinking quickly Edmond put his hat put on his glasses and looked at his phone. As Robert Miller walked down the bus glancing at the passengers he failed to recognise Edmond. He was of course not the sharpest pencil in the box of the alt right militia.
The bus was allowed to pass on but as it set off. Edmond heard a voice say 'we are holding Neil Falstaff in the cells in the Seven Sisters Rugby club. We are also questioning Gareth Hanford and Barry John Phillips in the cells they are friends of his on social media. Gareth has the correct credentials but he could well be a double agent only masquerading as a member of UKIP. They are being questioned by our Gauleiter Chris "Libertarian" Edwards he will bore them into confession"  the voice came from Benjamin as he combed his pony tail, lit a cigarette and admired his reflection in a mirror.

Edmond got off the bus by Crynant Post Office thinking that only young Ben's narcissism had allowed him to go unseen. Quickly he realised that a bus would be there soon that would take him to Seven Sisters allowing him to rescue his friends. After a few minutes a bus appeared and quickly took him to Seven and close to the Rugby Club. Edmond soon heard the sounds of progressive 70s rock beaten by a tin plate on the cell wall. It could only be Neil Falstaff. ....to be continued

As Edmond peered through the windows of the cells at the back of the Bunt bunker at the nerve centre of Seven Sisters Rugby Club he noticed the Gauleiter in Chief, Chris 'interesting" Edwards pacing the room. As Edmond observed him he noticed on Chris' desk a book by Jordan Peterson and another by Ayn Rand. The room had slogans on large posters around the walls with Orwellian like slogans in large letters. They read like a litany or a variety of alt right maxims and "libertarian slogans. He noticed one in particular that said " Beware of Virtue Signalling' another " I am a centrist Libertarian, honest gov" and another read "the anti racist is the equivalent of the far right" Chris mumbled these slogans as if they were tablets from Mount Horeb.

Thinking quickly Edmond threw his phone through the window as it played the "Ode to Joy" and shouted the holy words "Jeremy Corbyn". As Chris collapsed into a blubbing heap and passed out in the corner Edmond leaped through the window and removed the keys to the cells from the belt Chris wore around his fetching SSS shorts. On the desk he found a list of suspects it read Nick Duncan, Huw Pudner, Phil Knight, Delly Tracy, Emma Knight, John Knight, Lisa Phillips and Neil Wagstaff. The list was headed by a description of the named individuals as anti-patriotic un-British Marxist Green Trouble makers.

Using the keys Neil was freed and with him Barry John Phillips and Gareth Hanford. As they all fled across the Rugby field they heard the thud of horses hooves as Councillor Stephen Chris Bunt and his SSS volunteers gave chase. The escaping radicals sang a chorus of the Red Flag and with it the pursuing group of vigilantes dissolved like the Nazgul on the destruction of the ring. All that could be found was a thin empty book of blank pages. It's title read Philosophical and political thoughts of Barren Biccols the Bayman. It was indeed strange that the book contained no words or pictures. Perhaps this said more than any contents ever could

As Gareth mumbled that he had been wrong about so many things a wailing could be heard in the distance it seemed to be from a Nelene Neters shouting "Give me back my precious, my book of the alt right that dear Barren wrote" Fortunately just at that precise momentthe 158 bus arrived taking them all back to Crynant.

Suddebly Edmond awoke. He had fallen asleep on the T6 and had a dream. Next to him sat the shades of Marx and Engels. They spoke to Edmond and told him that they had shown him possible futures that were haunted by demons of the far right and broflakes who were severely intellectually challenged but were indeed very dangerous. As they faded Edmond heard the words "Be strong and campaign relentlessly this future will be averted if you have faith and conviction." He smiled and drew himself up to face his day. His attention returned to Radio 4 as the alt right Ragnarok faded ...It was  not yet Christmas and hope abounded everywhere.. 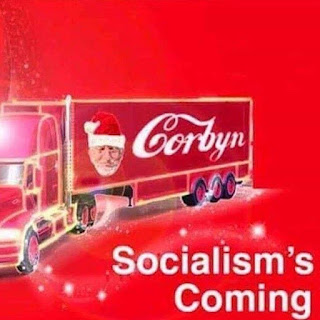