Winter Solstice thoughts and a Post-modern postscript. and the coming of Ein Gwlad.. 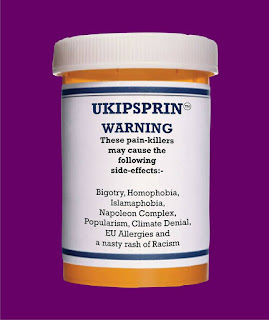 Martyn:s Christmas Carol...So tell me...my fine Christian Bluekippers and you too, you devotees of the Libertarian Right.. cast your mind back to the Nativity scene..the holy family are refugees...they have been in exile in Egypt fleeing the wrath of Herod...i wonder how the Egyptian people received them...Mary is an unmarried mother ...the family is homeless ..they are squatting in a tax payers barn...the shepherds are on minimum wage and a zero hours contract.. the wise men followed a star they could not find what they were looking for at home and choose exile to follow their dream...Britain first would be very upset with all these Jews Arabs and Africans in the scene.

The nativity scene was made up of exiles. They were all homeless.. send em back you moronic bluekippers as you every the nature of the first Christian Christmas..for all the participants were far from a place called home. In the 2000 years since it has been perverted to promote the family unit. The discourse
alienated those who live alone, who are lonely and outcast. It became a festival of smugness and conformity. The search for a home and a place of belonging did not belong to the individuals in the Bethlehem nativity scene.. did it?
Yesterday I heard a wonderful story set in Neath of two elderly women in Queen Street in Neath who took a homeless young woman into a cafe and fed her. Since 2010 homelessness has soared . And still you hear the idiots on social media moan that it is homelessness out of choice ..the morons neither understand the first Christmas or the nature of the economic system.. look around you..you idiots ..do you notice more people on the street. ? ASK YOURSELF WHY..and do some research about homelessness and Christmas..perhaps you will have ghostly visitors my fine blue kippers..


The coming of the youthquake and the end of the broflake

. I hear on Radio 4 that the most popular new word of the year "youthquake". It's apt my generation the baby boomers are fading away and with it it's discourse. It's fine and necessary for this process to begin. There are those who struggle with their mortality and power but for me it's not a thing to be resisted. In the last two years some have sort to deny the inevitable, they have fled to Trump, to Farage or Lepen. Yet Canute line they have failed to stem the tide. The sea if their faith reached high water mark in June 2016 and in November of the same year. After Brexit the Left and Corbyn emerged; in Alabama three days ago the tide turned there. It's no longer acceptable for men and in particular for powerful men to harrass, assault and group women. The tide running now will sweep away the baby boomers now crying about witchunts against them. We have transgender rights, variable identities and sexualitied are seen as nothing more than the concerns of the person they belong to.

Another word of the year is broflake it applies to men who fear political or cultural change. Trump and Farage are the Platonic form of the broflaje and their time is coming to end. Two years ago I speculated on a paradigm shift . I commented that I was not sure who would win the populist authoritarian right or the decentralised socialism of Jeremy Corbyn, and Bernie Sanders. Two years on and the tide runs to the left. I still here the bitter old men and some younger whine and moan about nothing but how evil the EU is and how terrible the witchhunt on sexual harassment is. Yet the broflakes are fading and the snowflakes are growing. Like Elrond I see the passing of my generation and am glad of it. It's time for the paradigm to change, the hope to grow and new possibilities to emerge. The broflakes turn to damaging drugs and psychosis. They escape into homophobia, racism islamophobia and sexism. They fear the other, they fear change and project their anxieties on to those they fear. Yet my fine broflakes you cannot stop what is happening and you like me will pass away. And that is both necessary and just..now is the time for renewal as the baby boomers are replaced.


Broflakes of the North..you have nothing to lose but your equality and fraternity...the Nation Cymru site is full of news concerning a right wing pro Welsh independence party. I have looked at the site in detail today and upon the comments of a certain Jac o the North. I have watched the rants today on both I have watched them mount up ..there has been a call for nationality tests for the homeless and for those in social care. I have seen rants about lesbians of a predatory nature. This is the blogger who has retweeted European neo Nazi tweets and moaned about the Confederate flag being taken down in South Carolina. This is a party that makes the Kippers look mild. It's a party of broflakes through the medium of Welsh and it devalues through its prejudice both the language and the culture of Wales. I have watched over the last few months rants against "wimmin; lefties and greens '.


It's members will have sympathy for the loathsome Gareth Bennet on his views on trans people. The truth is that if you are secure in yourself another's sexuality spirituality or sense of self should not bother you. Only the insecure fear change the trick is to transform it by acknowledging it. The bearded woman is an ancient symbol within a Celtic tradition. Thus is psychologically a party of tte insecure, the afraid. Those who gather to promote a Wales of Welsh capitalism ; who seek to speak Tory welfare policies through a Welsh discourse will soon turn to a Welsh aristocracy, monarch and aircraft carrier. It will be a white Wales free from the corruption of the urban threat; a WaLes powered by nuclear power and free from renewables. A Wales obsessed with home ownership and a dearth of social housing. Yes I can see the nature of this rough beast, this 'twrch' waiting to be born...it makes me sick this party of the boring broflakes. ..as it slouches forth from it's birth place in Aberystwyth...guided by that behatted Chandleresque midwife... Jac o' the right...

I wrote this piece today partly in a postmodern mood and partly a Joycean one. Please note the intertextualities from Yeates poem the 'second coming' I also used the play on words like boar boring and it's Welsh form of 'twrch'. I choose a Chandleresque motif as young Royston likes to see himself as private eye like in his investigative journalism. I however want to play on the use of the term private or dick.. particularly in the last word dick. It seemed an appropriate word somehow. I took the word broflake as in a recent new words referring to elderly men who could not take to challenges to their binary classification of gender; sexuality and ethnicity. I felt somehow it summarised the ethos of this new party. Finally I should point out that it was West Wales where King Arthur hunted the Great Boar the Twrch in the Welsh Arthurian roots of the of mythos. Many of us on the Left have felt we have been hunting this old boar/bore/twrch for many years...excuse my attempts at a fusion of Joyce and the Postmodern..but as they say every saint has a past every sinner a future....
Posted by Any Human Heart at 12:33