Stupid people at the Winter Solstice. 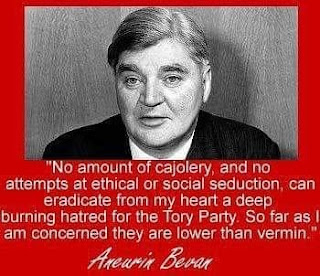 Stupid people at the Winter Solstice. In Hungary Viktor Orban's government imposes compulsory overtime on Hungarian workers because of the inability of Hungarians to fill job vacancies. The odd thing is as Orban closed the frontiers, forbade Hungarians to assist refugees and shut down centres of learning and closed down the traditional liberalism of Hungarian history.. he caused a shortages of people to fill job vacancies. Stupid is as stupid does..

And now Orban's stupidity is coming to the UK As May's government strides towards getting the country back and controlling the borders I wonder if the baying groups of bluekippers will be picking fruit and working in the care sector vacancies that will soon be there. They voted "leave" to stop immigration and gain sovereignty but they never thought that their choice would ask something of them. When they never saw that British ex pats were economic migrants and that cheap holidays and cheap food were essential When an ex pat living in Spain organised a petition for the closing of the UK frontier when stupidity is mistaken for free thought and patriotism.


When a homeless man dies a few yards from the Palace of Westminster we know that there are stupid people in power and many elsewhere...oh well stupid is as stupid does and ignorance is a conscious choice and there are no excuses for it...there never were simple solutions for complex problems. There never was an economy that worked like a household budget . Skilled workers will always be essential, migration is essential and we are all economic migrants that came out of Africa. There is no such thing as race there has always been migration into the British Isles There have been brown and black faces on Hadrian's Wall and the Cheddar caves for thousands if years. The stupid people never read, thought or considered anything but their own 'common sense" in Wales ex kippers move towards the 'abolish the assembly party' and the biggest age group within this new party are the over 60s. Of course they forget that the Assembly gives us free prescriptions and free bus passes for the over 60s. They go to a health service staffed by ' immigrants" and are cared for by them at home. .. stupidity stalks the land and we are ruled by pigs whose rule is enforced by wolves..
Posted by Any Human Heart at 12:52