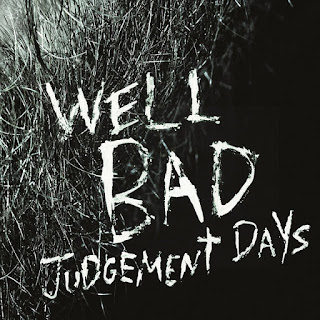 Monday thoughts...Its a very dark wet Monday morning . We live under a Zombie government the clock ticks down to December 11 Tory Mps tweet from food banks and May has pictures taken with candidates and we all feel the superstructure of the British State does everything it can to keep a Socialist government from power. In Spain the far right party Vox wins 12 seats in the Andalusian Parliament..these are the first Fascists to win seats since the fall of Franco. The dark tendrils of Bannon and the Alt Right reach out into Europe. On December 9th UKIP completes it's transformation into the BNP. These are not my words... the accusation comes from Nigel Farage. Yet it was his "breaking point" that unleased the ghosts of Weimar. In France Macron is revealed as the distant technocrat of neoliberalusm. The sheer irrelevance of centrism is revealed. The emptiness and haunted nature of Tony Blair's face is further evidence. In France it will be a contest between Melanchron and Lepen next time. In European Parliamentary elections next year the Left remains the only force capable if taking on the alliance of right Wi g populism and Fascism..in the UK the institutions of the state line up behind their masters.. they fear Corbyn and the Left. They know that with every weapon trained on Corbyn they can at best only keep pace with him in the polls. They cannot maintain this position in a formal election campaign and they know it 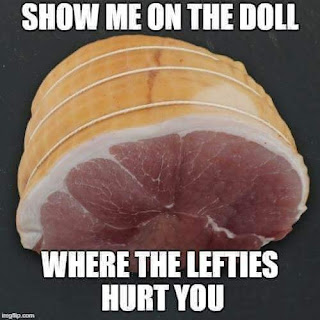 .
The Left is organising at meetings in communities and across social media. I have never seen anything like it in my life time. The next 8 days will reveal thing and events will occur that are unexpected and in foreseen. The old Chinese curse may you live in interesting times becomes true. The Gammons ripen to full puce and I wonder if we will face the first January election since 1701. These are odd times, I can't see clearly what will happen next, their are no maps; no patterns or perceptions that help us read or understand the future. These days are truly post modern and fake news is everywhere, critical thought is rare and unthinking common 'sense' is the majority discourse. Thus is the time when paradigm shift becomes political piwer shift and the Left stands on the verge of power.. but there is a lot of Weimar in the way...My Twitter folowing surges as does the readership of my blog.. the political meetings increase ....the phone calls and messages are frequent Gramsci and Bordeau have wry smiles and I hear Marx talk of history as tragedy and farce..around me all that was once solid begins to melt into air...National Action morphs into System Resistance Network and music from Aushwitz is discovered.. is this irony or tragedy?
Posted by Any Human Heart at 12:56