Of Neath And The Spanish Civil Wa by Phil Knight 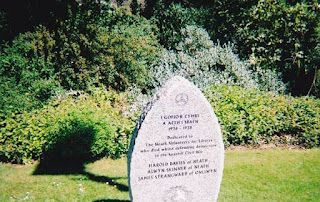 In "A History of Neath From Earliest Times" (1987) the late George Eaton wrote : "The Civil War in Spain (1936-39) was, of course, a prelude to the Second World War. Beginning as a domestic crisis (born of the economic depression) it quickly assumed vastly significant international implications and became a catalyst of the political upheavals of the times. Neath was in the forefront of towns that reacted to the challenge of fascism by its participation in the International Brigade, it's activities on the home front (Aid to Spain) and it's hospitality to the Basque children who were evacuated from Spain."
Eaton went in for a far more detailed account in a another book sadly long out of print "Neath and the Spanish Civil War 1936-39: Catalyst of the Angry Thirties" (1980). for example he writes about a Memorial Meeting held on Sunday October 2nd 1938 in Seven Sisters Welfare Hall for James Strangward at which the veteran Trade Union Leader Tom Mann spoke. Man said "James Strangward was killed killed in action in the recent Government offensive on the Ebro Front. Jim was the personification of Youth and his death was a heavy blow...he was one of the founders of the local Spanish Aid Committee. His activity was not, however confined to organisation. A keen trade unionist, he took an interest in Lodge matters and was one of the first students of a NCLC class at Onllwyn. For many months before he went to Spain, he studied Marxism. Although the guns of the Fascists have ended the life of our Comrade, yet he cannot die."
The Neath Spanish Aid Committee despatched one and a half tons of food to Spain. Neath has a proud record of supporting those of are defending democracy. We must never forget those who gave their lives fighting fascism. 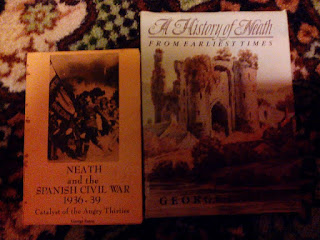