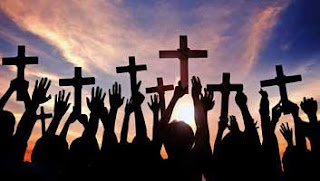 Christian groups have today come under fire for failing to sufficiently condemn the fanatical Christian terrorist who killed three people in yesterday.
Robert Lewis shot nine people and killed three others after he was compelled to do so by a strict interpretation of the Christian holy book ‘The Bible’.
Terrorism expert Simon Williams told us, “Robert Lewis Dear will have attended these so-called

‘Churches’, where fanatical groups will have preyed on the vulnerable and feeble-minded, looking to recruit him into their brand of extremism.

“Their holy book has passages that can be used to justify such violence, and in fact makes it sound like it’s your duty as a Christian – this is how they do it.
“I guarantee that Lewis Dear will have believed he was doing the ‘right thing’.
“We see this a lot with religious terrorists, they all feel like they’re driven by a higher power that is
ultimately on their side.”

Others have called on all Christian groups to condemn the terrorist attack.
As one resident explained, “If you don’t publicly condemn him and his actions, then you’re basically a terrorist yourself. That’s how it works, right?
“If you stay silent, or don’t go in front of the world’s media to criticise him publicly where I can see it, then you are to blame for this fanatical religious terrorism.
“Wait, you’re saying you have sympathy for his religious views on those places that conduct abortions, just not his violent actions?
“Look, if The Sun happens to call you as part of a survey, I would suggest hanging up, as they could turn that sentiment into a very unsavoury headline.”
Posted by Any Human Heart at 13:29