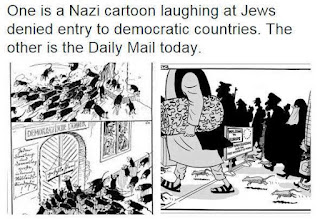 There is a new personality disorder about its called a Fascoid Personality disorder as been discovered. Its part metaphor, part metonymy perhaps even synecdoche . It first arrived in the UK around June of this year and a major outbreak has occurred in the USA since November 8 2016 . Many right wingers but not all are prone to it. It involves presenting simplistic answers to complex problems. It is rumoured that even newspapers can develop this disorder as the Daily Mail has been suffering from it for over 100 years, It can break out by using the Freudian defences of Projection and displacement particularly when an individual has a weak ego and poor self esteem. The infected individual or institution sees all that is wrong in them selves and in the economic system and transfers it on to other who look different or behave differently to the carrier. 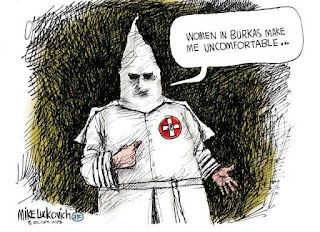 Scientists believe that there is a psychological affinity to haemorrhoids This occurs when hard impacted faeces is passed out of the anal fissure of the body of politics. Yesterday I came across a case of this disorder while debating on a Facebook community in the Neath area. I discovered that the infected individual who seemed to like dressing up like a Boy Scout called me a Libtard. This words shows clearly how his simplistic thinking was pastiche of Eugenic terms from 100 years ago and of his simplistic knowledge of complex political philosophy. Even the use and implication of the word “ retard” as part of the root of the word is insulting, out of date and reveals the retarded nature of the individuals knowledge, perceptions and empathy.

At Asclepius Therapy we are beginning to notice both a Trump and Farage form of this persona;ity disorder. We will keep you informed of the spread of this problem. Rumours suggest is developing everywhere I leave you with a quote from the 1965 fim “It happened here” Doctor Richard Fletcher:”The appalling thing about fascism is that you've got to use fascist methods to get rid of it.” An uncomfortable thought is it not?