The Nazgul of the Political white right of late life....and the old farts of the left and right.


The Nazgul of the Political right
A pastiche of the white male right of late life,,,,,,,,,,often seen on Question Time.........
“Come not between the Nazgûl and his prey! Or he will not slay thee in thy turn. He will bear thee away to the houses of lamentation, beyond all darkness, where thy flesh shall be devoured, and thy shriveled mind be left naked to the Lidless Eye” 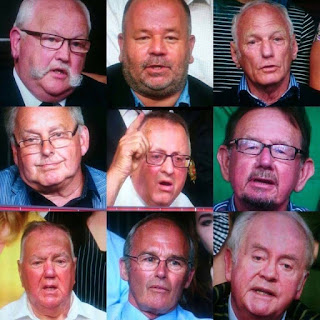 The old farts of the left and right....The bitter old men moaning about 'witch hunts' over sexual harassment and abuse have another thing in common and thats they don't see how power works. I have seen it said so many times now...and I can predict other policies as well that they support. In 80% of cases they will be enthusiastic supporters of Brexit be they left or right. They will not get transgender rights or LGBT issues. They will moan about 'wimmin greenies or snowflakes' . And they will talk of a socially conservative Wales or England.


They will talk of a common sense approach which is of course happens to be exactly the same as theirs. But it's odd that so much conservatism appears among the fixed views of these individuals claiming to be right or indeed left. Without continually criticising our views attitudes and approaches we risk a Victor Meldrew personality disorder . Without constant change and 'eternally becoming' we risk the label of being boring old farts ...and that applies to all of us....and particularly me..


We all project displace and deny our own issues onto others. Without knowing a variety of people ; ideas and experiences we are poorer more afraid and less tolerant. It's a challenge we all face whatever we believe think or do. With out change something inside of us dies. 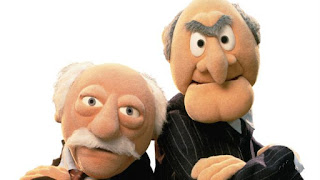